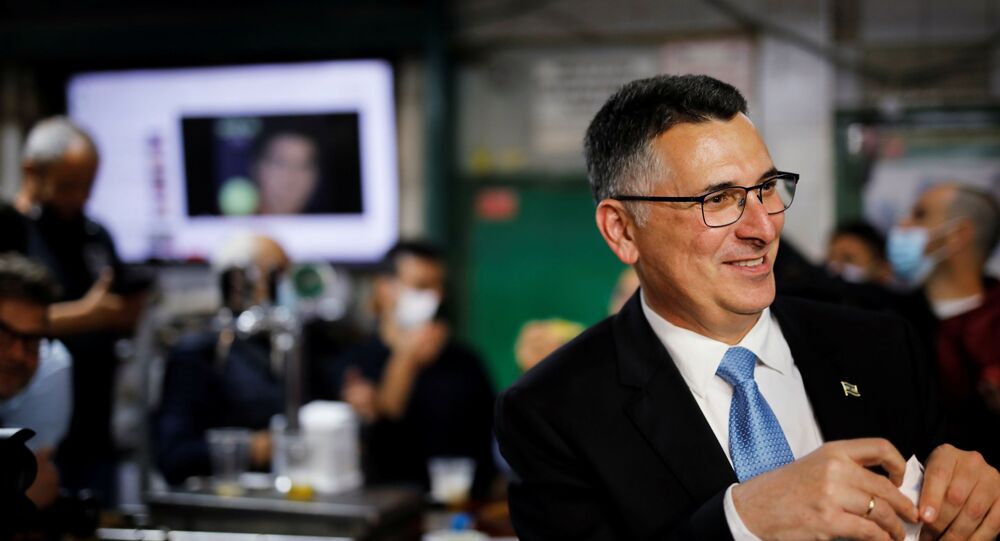 TEL AVIV (Sputnik) - Gideon Sa'ar, the leader of Israel's centre-right Tikva Hadasha (New Hope) party, created after the split of the ruling Likud, said that he intends to limit the prime minister's term and to modify the political system to avoid a series of early elections in the future, given his party wins in the upcoming vote.

On 23 March, Israel is scheduled to have its fourth snap election to the 24th Knesset, a unicameral national legislative body, over the past two years, following the collapse of Benjamin Netanyahu’s centre-right coalition.

"I propose to limit the prime minister's term in Israel, I propose to change the electoral system, to reduce the number of ministries. To change the relations between the central and local authorities, to deal with the education system, the economy, in which there have been no reforms over the past year," Sa'ar said in an interview.

He specified that several elections in the course of two years cost Israeli taxpayers 15 billion shekels (over $4.5 billion) and brought political, social, and economic instability. The crisis can be solved if an "alternative government" is created and hopefully led by Sa'ar himself, the politician noted.

Sa'ar, a former Likud member, declared his withdrawal from the ruling party on 8 December 2020, to create a new faction ahead of the March election campaign. Besides him, several other politicians and lawmakers from the Knesset left Likud amid dismay over Netanyahu's prolonged mandate. The prime minister is currently probed for corruption charges.

The 23rd Knesset voted for self-dissolution after the Netanyahu-led government coalition failed to pass the 2020 budget in parliament on time. The main coalition partner in the current Likud government was the Kahol-Lavan (Blue and White) bloc led by Alternate prime minister and Defense Minister Benny Gantz, who was supposed to become prime minister on rotation under the coalition agreement in November 2021.

The series of elections to the Israeli Knesset has been ongoing since April 2019, with the subsequent voting held in September of the same year, and the third election in a row taking place in March 2020. Twice the winning parties failed to form a majority coalition and create a government. After the last election, the government was formed but ceased to exist half a year later.

Upon the results of the upcoming election, the winning party will have to form a coalition government based on a 61-seat parliamentary majority in the 120-seat Knesset. According to various polls, the odds of forming a stable coalition are rather slim.