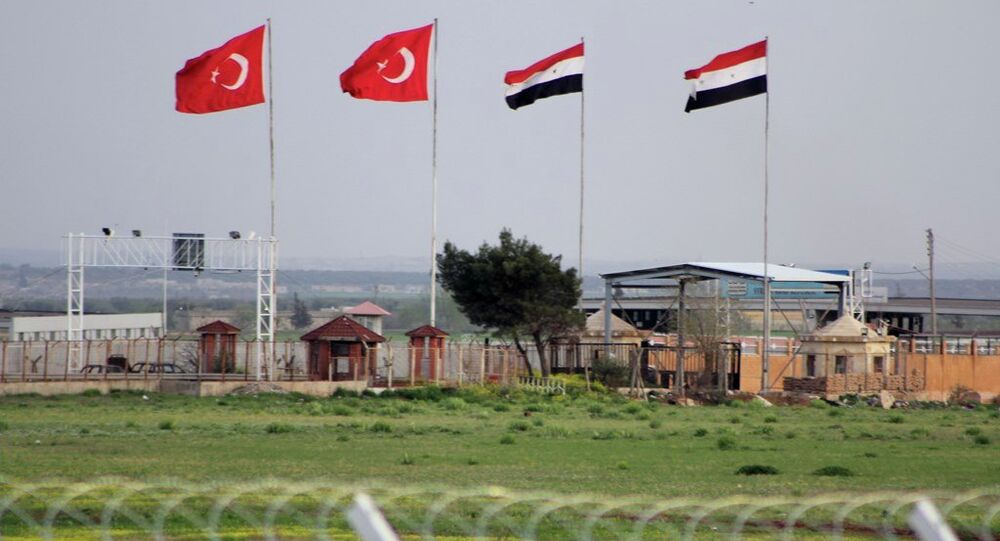 The Turkish military also specified that there were no casualties as a result of the shelling, adding that Russia has been notified of the attack.

"Missiles fired from Syria fell on a desert territory in the province of Kilis. There were no casualties, no damage was caused. The Russian Federation was notified that the fire [from the Syrian territory] was stopped," the Turkish military said via Twitter.

Kilis Province is located in the southern part of the country, on the border with Syria.

"At points from which, as it was determined, firing was fired, return fire was immediately opened. Our military forces in the region have been alerted about the incident. We follow the development of events," the military said.

Kilis officials confirmed that 2 projectiles were fired from Syrian territory, they did not explode. According to the officials, the rockets are believed to have been fired from the Tell Rifaat area in Aleppo Governorate, which is reportedly under the control of the Kurdish-led Syrian Democratic Forces.

Footage allegedly showing the retaliatory fire has been shared on social media. Two strikes can be heard in the background.

Syria has been engulfed in a devastating civil war for 10 years now, with President Bashar al-Assad's forces fighting against various insurgent and terrorist groups that had gathered momentum following the uprising of 2011. Damascus has regained control of most of the territories, apart from Idlib - the north-western province that is mostly controlled by militants from Hayat Tahrir al-Sham*.

Both Russia and Turkey are currently the ceasefire guarantors in war-torn Syria. In October 2019, Turkey launched Operation Peace Spring in northern Syria aimed at clearing the borderline areas of the Syrian Kurdish militia. The latter is believed to be linked with the Kurdistan Workers’ Party, whom Ankara has designated as terrorists.

Damascus has repeatedly opposed Turkey's operations on its territory as a violation of Syria's sovereignty. Turkey, in its turn, said that its operations were aimed at ensuring national security.

Russia deployed troops to Syria in 2015, at the request of the Syrian president to assist Damascus in fighting the terrorists.