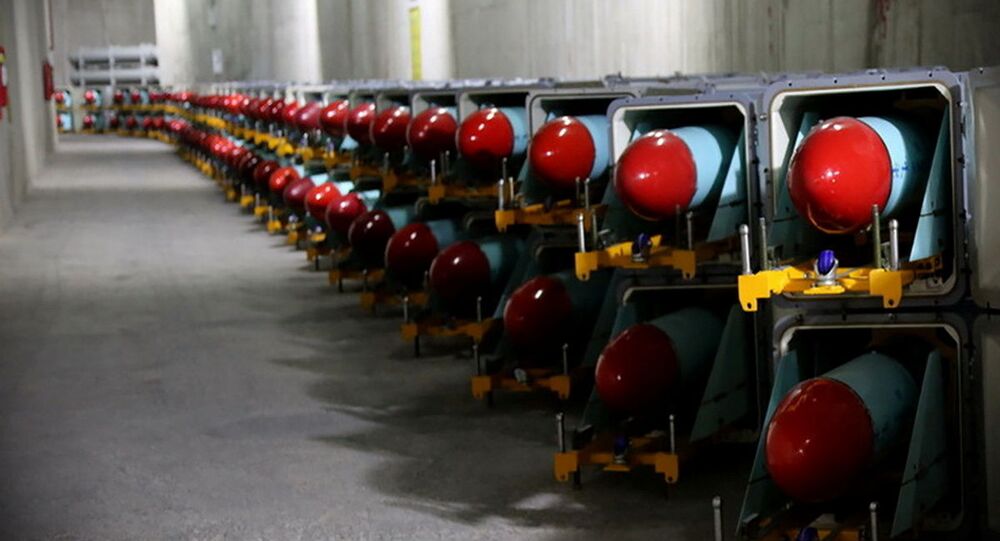 Iranian Defence Minister Brigadier General Amir Hatami has underscored the country’s resolve to develop its defence sector in the face of external threats.

The general told a Defence Ministry gathering on Thursday that even though hostilities against Iran in strategic areas would persist, “in regional fields and the [country’s] defence and missile power […] we [the Islamic Republic] will continue moving towards great objectives with all our power”.

This followed the Iranian military successfully testing last month a new domestically made missile with a range of 300 kilometres (186 miles) that is capable of hitting targets with pinpoint accuracy in all weather conditions.

© REUTERS / WANA NEWS AGENCY
Iranian missiles are seen at a new "missile city" of Iran's Revolutionary Guards naval unit at an undisclosed location in Iran, in this picture obtained on March 15, 2021

In January, Iranian media cited an unnamed government source as saying that the Islamic Republic’s vast array of missiles had helped the country parry the threat posed by the US Navy, seen as one of Tehran’s main strategic adversaries.

Earlier that month, Iran staged large-scale ballistic and cruise missile drills, with the exercises seeing missiles fired from ships and coastal batteries, the deployment of a variety of combat and reconnaissance drones, and the firing of a ballistic missile at a seaborne target over 1,800 kilometres (1,100 miles) away.

© Photo : Twitter / @Hajizadeh_org
Iran Offers Glimpse of Rail-Based Multiple Launch System for Use at its ‘Underground Missile Cities’
US-Iranian tensions have been in place since Washington's unilateral withdrawal from the 2015 Iran nuclear deal, also known as the Joint Comprehensive Plan of Action (JCPOA), and the reinstatement of crippling American economic sanctions on the Islamic Republic in May 2018.

The tensions escalated in early January 2020, when a top Iranian general, Qasem Soleimani, was killed in a US drone strike authorised by then-President Donald Trump.