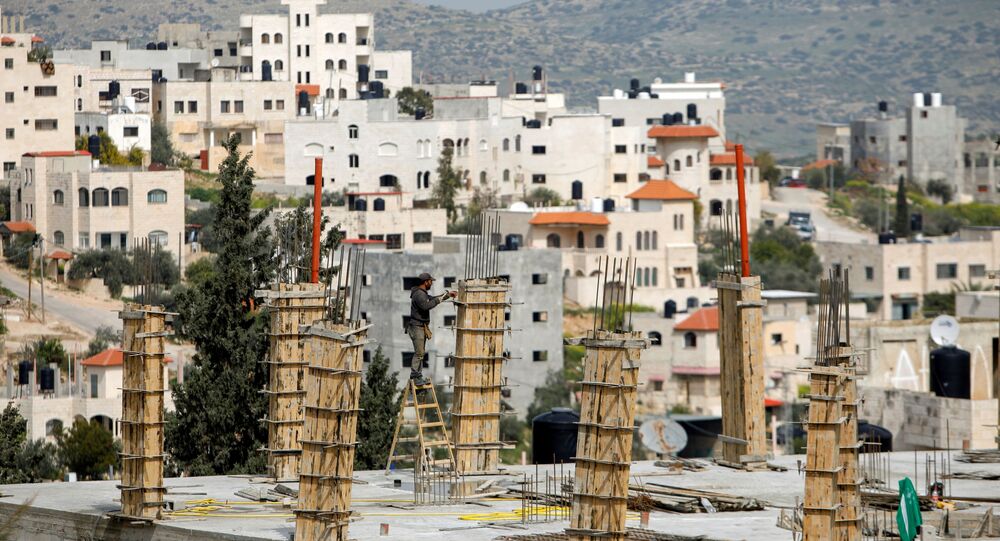 Ever since President Joe took office on 20 January, his aides have made it clear that the White House is considering repairing relations with the Palestinians.

The Biden administration may push to make a two-state solution to the Palestinian-Israeli conflict one of its foreign policy priorities, United Arab Emirates-based newspaper The National has cited unnamed soucrces as saying.

The purported drive is part of the White House's plan to reset US ties with the Palestinians, which almost collapsed under former President Donald Trump, according to Washington's internal draft memo, a copy of which was obtained by The National.

According to the newspaper, the document is titled "The US- Palestinian Reset and the Path Forward".

The draft memo, which is now in an early "working stage", reportedly aims to form the basis for reversing Trump's approach to the simmering conflict between the Palestinians and Israel.

The National cited a portion of the memo as saying that the US vision is "to advance freedom, security, and prosperity for both Israelis and Palestinians in the immediate term".

Additionally, the document ostensibly stipulates that $15 million in COVID-19 pandemic aid to the Palestinians could be announced by the US by the end of March.

In line with the memo, the Biden administration also plans to take a tougher stance on Israeli settlement activities and mention efforts "to obtain a Palestinian commitment to end payments to individuals imprisoned (by Israel) for acts of terrorism".

On the two-state solution, the White House may back a two-state framework "based on the 1967 lines with mutually agreed land swaps and agreements on security and refugees", according to the memo.

The reported developments come after acting US Ambassador to the UN Richard Mills said in late January that President Joe Biden backs a two-state solution between Israel and the Palestinian Authority, but will "maintain its steadfast support" for the Jewish state.

The former POTUS also angered the Palestinians back in December 2017, when he announced his decision to recognise Jerusalem as Israel's capital and instructed the US State Department to launch the process of moving the US Embassy, located in Tel Aviv, to Jerusalem.

Mills' remarks followed US Secretary of State Antony Blinken stressing that "the only way to ensure Israel's future as a Jewish, democratic state and to give the Palestinians a state to which they are entitled is through the so-called two-state solution".

The two-state solution stipulates creating a Palestinian state that will peacefully cooperate with the existing State of Israel, something that is expected to end the Palestinian-Israeli conflict and serve as a foundation for lasting peace in the Middle East.

For years, the Palestinians have been seeking diplomatic recognition for a state on the territories of the West Bank, including East Jerusalem, and the Gaza Strip.

© AP Photo / Ariel Schalit
Palestinians Ready to Renew Direct Negotiations With Israel, Foreign Minister Says
The Israeli government, as well as a number of countries, such as France, the US, the UK, and Germany, refuses to recognise the Palestinian Authority as an independent political and diplomatic entity, going ahead with the construction of settlements in the occupied areas despite objections from the UN.

The Palestinians were offered the adjacent village of Abu Dis as their capital and $50 billion in investments to "spur" their economy, a blueprint that was harshly criticised by Palestinian President Mahmoud Abbas.

‘A Day of Rage’: Palestinians to Protest US Decision on Israeli Settlements

Israeli Politicians Are All the Same, Peace Not Their Top Priority - Palestinian Political Expert