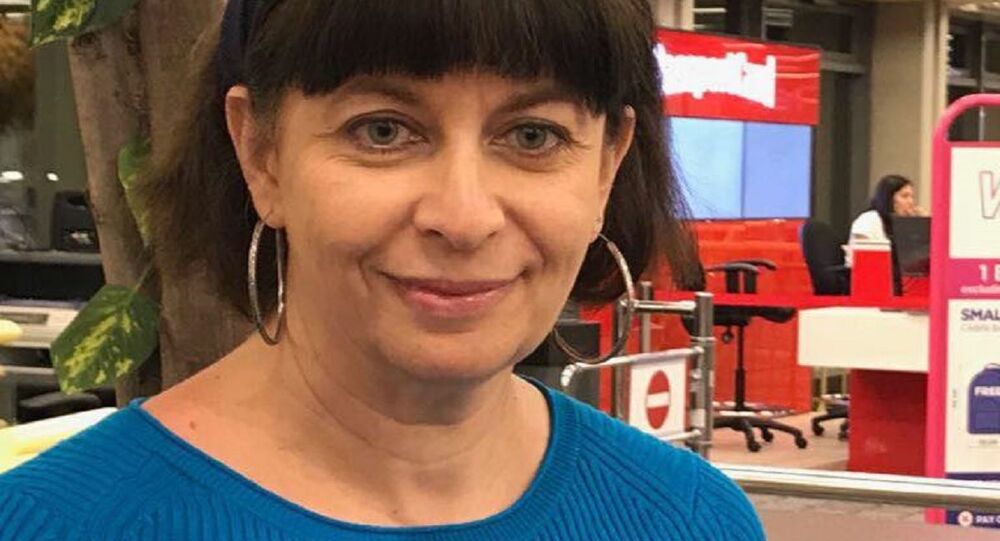 ST. PETERSBURG (Sputnik) - Israel might have to hold a fifth consecutive snap election, as the chances are extremely low that candidates in the upcoming vote will manage to form a coalition, Sofi Ron-Moria, a candidate from the centre-right New Hope party, told Sputnik on Tuesday.

Israel will be having its fourth election in two years on 23 March due to the failure of Prime Minister Benjamin Netanyahu to preserve the coalition government. New Hope was established late last year when former Interior Minister Gideon Saar quit Netanyahu’s Likud party and announced plans to run for the prime ministership during the upcoming vote.

"I feel like we're going to a fifth round if everything is going to happen according to the polls", Ron-Moria said, adding "we have a situation in which none of the parties can create a coalition".

According to the New Hope candidate, Israel's political landscape is currently divided between two blocs — one led by Netanyahu and one that includes everyone else and is commonly referred to as "Just Not Bibi". If neither of them collects the 61 seats necessary for forming a government unilaterally, the all-against-all disagreements render chances of a coalition slim, Ron-Moria argued.

© AFP 2021 / JACK GUEZ
Turnout at Parliamentary Elections in Israel's Foreign Missions Stands at 77%
After the third snap vote that ended indecisively last March, Netanyahu was able to form a coalition government by teaming up with long-time political rival Benny Gantz and his Blue and White alliance, agreeing in exchange to make the prime ministership rotational between them.

"[Netanyahu] will be unable to pull off the 'Gantz operation' for the second time in a row, that is, he will not be able to lure other politicians into his coalition. On the other hand, the 'Just Not Bibi' bloc will also have little chance of building a coalition, because it is not a good match with the left-wing Meretz party", Ron-Moria said.

The coalition government between Blue and White and Netanyahu's Likud party collapsed because they failed to pass the 2020 budget on time. This happened in late December, which is less than a year before Gantz would assume the prime minister's chair.

The Israeli parties that individually do not pass the electoral threshold in the snap election may collectively end up determining the outcome by garnering the votes that could have otherwise been cast for one of the front-runners and decided their victory, Sofi Ron-Moria told Sputnik.

© AP Photo / Sebastian Scheiner
Anti-Government Protests Intensify in Israel as Parliamentary Election Nears - Videos
In the beginning of January, Saar and former Defence Minister Naftali Bennett, the Yamina party leader, reportedly signed an agreement to share extra votes between their parties to oppose Netanyahu’s candidacy. Yair Lapid, the leader of Israel’s Yesh Atid party, later told Sputnik that he also had no plans to enter a unity government with the governing Likud.

"Those parties that are on the verge of failing to pass the electoral threshold can determine the outcome of the election. We have three - four small borderline parties", Ron-Moria said.

The first such "borderline" party she mentioned was the Religious Zionist Party, which is expected to "definitely support" Netanyahu if it passes the qualifying threshold, 3.5 percent. The left-wing Meretz party and the Blue and White alliance, on the other hand, will most likely stand against the incumbent prime minister.

The United Arab List (Ra'am), which left the Joint List alliance of Arab parties in January, if voted into parliament, is expected to support Netanyahu but not become part of his coalition.

"On one hand, it is an ally of Netanyahu, but this party cannot be a building block of his coalition, because neither the Religious Zionist party nor [right-wing Yamina party leader] Naftali Bennett will agree to be in the same coalition with the party", Ron-Moria added.