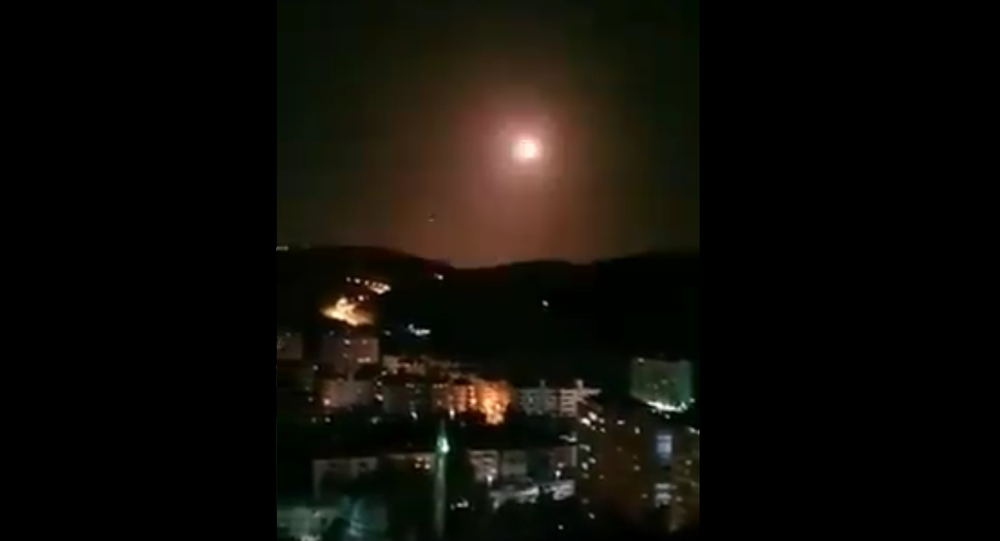 Early reports have linked the rockets to the Israel Defense Forces (IDF), as multiple videos of the airstrike were shared on Twitter. They also alleged the attack was launched from the Golan Heights, currently under the control of the Israeli army.

"At exactly 22:35 PM [local time] today, Israel carried out airstrikes from the direction of the occupied Golan Heights against some targets in the vicinity of Damascus", SANA said.

Shrapnel witnessed over #Damascus, #Syria after an interception by SyAAD pic.twitter.com/sDySCobnbl

SANA reported that at least four explosions could be heard from central Damascus. It also tweeted footage of the attack.

No fatalities, nor any casualties have been reported as of now. As the reports emerged, the Israeli army refused to comment on the airstrikes.

"We do not comment on foreign media reports," the IDF told Sputnik.

The area in which the explosions occurred is said to be the same site allegedly struck by the IDF on the night of February 28. According to SANA, the airstrike was launched from the Golan Heights, which has been mostly under Israel's control since the country seized the area from Syria during the 1967 Six-Day War.

It's unlikely Israeli officials will confirm or deny the incident, as the country's military has a policy against speaking on Syria-related operations. In December, however, IDF Chief of Staff Lt.-Gen. Aviv Kochavi did confirm that the Israeli army had launched numerous attacks in Syria targeting what he "the Iranian entrenchment" in the Arab Republic.