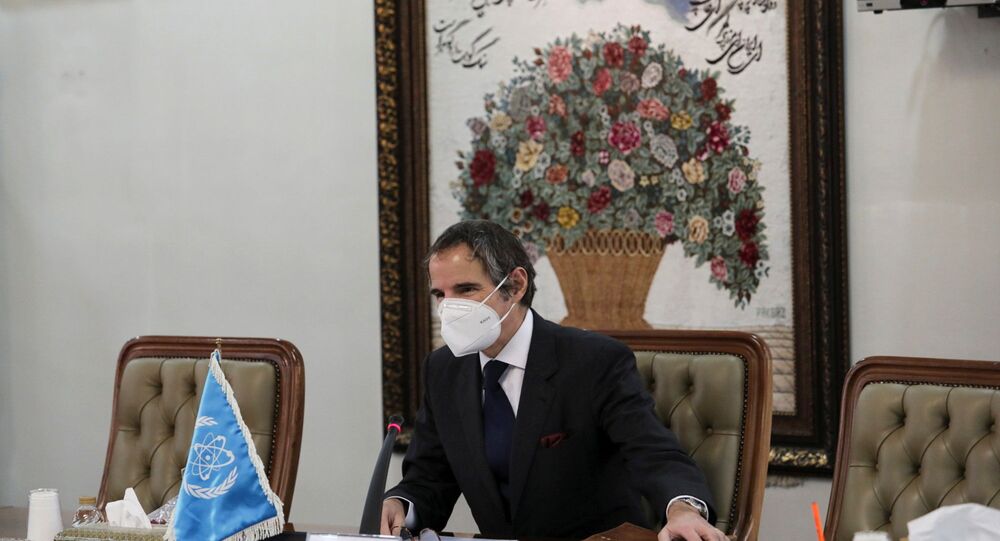 The International Atomic Energy Agency (IAEA) in February stated that Iran has continued to advance its nuclear program by enriching uranium and installing new centrifuges at its Natanz plant in Iran’s Isfahan Province.

During a video conference before three European Parliament committees on Tuesday, International Atomic Energy Agency (IAEA) Director General Rafael Grossi said “it takes two to tango” when asked about Iran’s insistence that the US make the first step when returning to the 2015 nuclear deal, The Times of Israel noted.

Iran has stated that the US must drop sanctions against them before it resumes compliance with the deal. Under the nuclear deal, Iran cannot enrich uranium beyond a 3.67 percent limit.

In addition, Grossi warned that Iran has accumulated a great deal of nuclear material and capacities over the past several years since the former US president, Donald Trump, withdrew Washington from the deal in May 2018.

“Even if you had a magic wand or the hand of God and said we go back tomorrow, there will be a lot of housekeeping,” he noted.

Grossi also said that he has been collaborating with both Iran and the US on a return to the deal and does believe that a US return to the deal, also known as the Joint Comprehensive Plan of Action (JCPOA), is feasible.

“They [the US] want to come back,” he said. “But of course … there are a number of issues that still need to be clarified. So it’s not impossible. It is difficult, but not impossible.”

Last month, Iran began restricting IAEA inspections of its nuclear facilities. The move is believed to be bid to pressure the US to lift economic sanctions against Iran and revitalize the nuclear deal. In addition, Iran revealed in January that it plans to enrich uranium up to 20 percent at the Fordow Fuel Enrichment Plant, which is under the control of the Atomic Energy Organization of Iran.

"While many were troubled by the Biden team’s opening offer to work with Europe and rejoin the Iran deal, known as the Joint Comprehensive Plan of Action, I saw it as a smart diplomatic move," Kushner wrote.

Iran has firmly rejected any renegotiating of the original 2015 deal and insisted the US should lift sanctions first. Iranian officials repeatedly states it was the United States that withdrew from the agreement, while the rest of its member states "have remained committed to the deal until now."