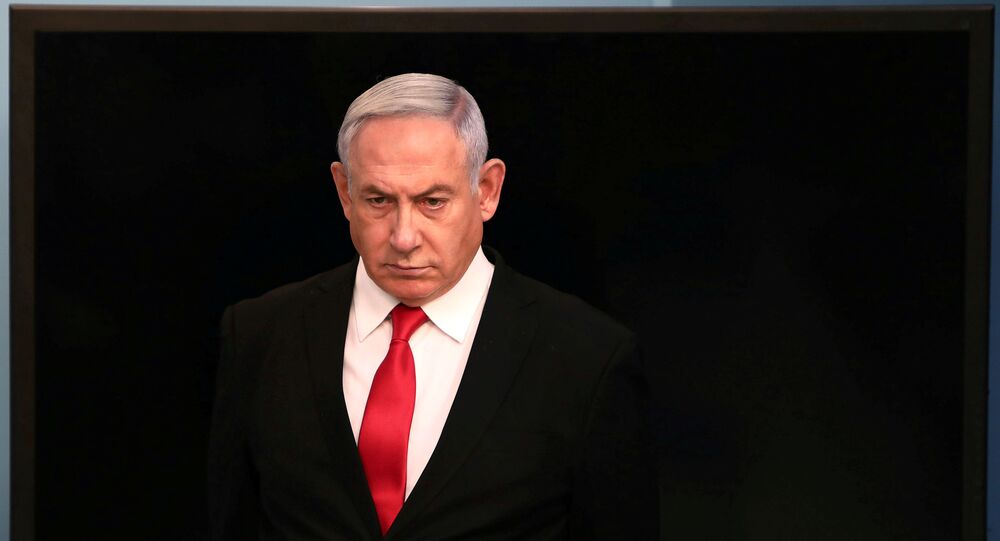 A Gaza group, Islamic Jihad, has vowed to get revenge on Israel for the deaths of three Gaza fishermen killed in an explosion that the organisation claims was caused by an Israeli drone. Israeli officials denied the country's involvement in the incident.

Israeli Prime Minister Benjamin Netanyahu has cancelled a campaign appearance at the last minute following threats by a Gaza group, The Times of Israel reported. According to the newspaper, the audience that gathered in the city of Ashkelon had already been waiting for the politician for several hours when the event was cancelled. Netanyahu did appear at the event via teleconferencing and apologised for not showing up.

The PM said he was unable attend the event for a reason he could not elaborate upon. According to local Channel 12, his associates blamed "policy discussions" for the cancellation.

However, shortly before the event was called off a Palestinian group called Islamic Jihad released a threaening video showing its members preparing for an attack on Israel. The footage depicts masked men transporting rockets in a tunnel and then rockets being fired at Israel. The video ends with Prime Minister Netanyahu being escorted from a campaign event in 2019 by security officials due to a rocket strike.

"You forget", read the caption to the video as cited by The Times of Israel.

Netanyahu was twice rushed off the stage by bodyguards during campaign appearances in 2019, tarnishing his reputation as the politician had tried to promote his achievements in security.

​Both left- and right-wing politicians criticised Netanyahu for the episodes.

The development comes a week before Israelis head to the polls to vote in legislative elections, the fourth in two years. Local media outlets say the vote is seen as a referendum on Mr Netanyahu, the country's longest-serving prime minister and his ruling party Likud. His popularity has dropped over the past several years due to corruption charges and recently the politician has been criticised for his handling of the coronavirus pandemic, which saw officials impose strict security measures that damaged the country's economy.

According to the latest statistics, the unemployment level stands at 18.2 percent, while two million of Israel's nine million people have been pushed below the poverty line.

Despite heavy criticism, many Israelis still support him and his party Likud won the past three elections, albeit by a small margin.