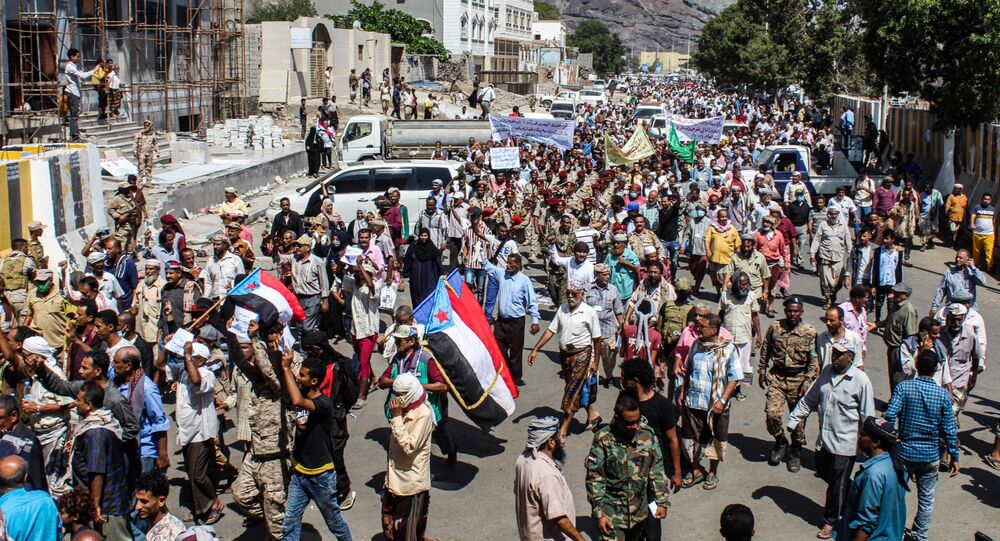 Yemen has been embroiled in a protracted armed conflict between government forces, led by President Hadi, and the Houthi rebels for several years.

The Presidential Palace in Yemen's temporary capital Aden, where the internationally recognised government is based, has been stormed by protesters, Reuters reported Tuesday citing witnesses.

According to the reports, Yemen's Prime Minister Maeen Abdulmalik and other members of the internationally recognised government were inside the building during the storming.

The Turkish news agency Anadolu reported, citing local sources, that disgruntled Yemeni protesters pushed through the palace guards and forced their way into the premises. According to the sources, the public were discontent with the lack of basic services, dismal living conditions, and depreciation of the Yemeni rial.

President Abdrabbuh Mansour Hadi announced in mid-December the establishment of a new power-sharing government that will reside in Aden as Yemen's actual capital Sana'a is under the control of the Houthi group.

The Hadi administration and the rebels have been locked in an armed conflict since 2014. The government is backed by a Saudi-led military coalition.