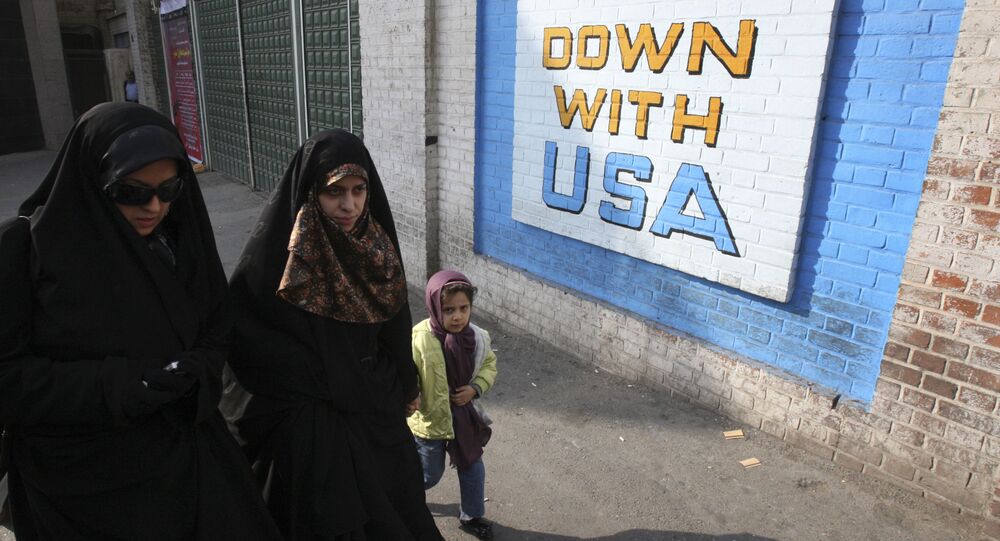 Earlier this year, Iran’s Supreme Leader Ayatollah Ali Khamenei indicated that the US lifting its sanctions against Tehran remains the main condition for the Islamic Republic to return to compliance with the terms of the Joint Comprehensive Plan of Action (JCPOA.)

Iranian Foreign Ministry spokesman Saeed Khatibzadeh has called on Washington to scrap its anti-Iranian sanctions and guarantee that the former POTUS' mistakes will never be repeated.

“The US should lift sanctions on Iran and also should give guarantees that Trump's mistakes will not happen again, then we can talk within the framework of the JCPOA [Joint Comprehensive Plan of Action]”, Khatibzadeh told reporters on Monday, referring to the 2015 Iran nuclear deal.

The statement comes as Iranian Foreign Minister Javad Zarif urged the US to be quick about reviving the Iran  deal due to the forthcoming presidential election in the Islamic Republic.

"There is a time constraint and that is once we go to our election it is a lame duck government and [it] will not be able to do anything serious and then we will have a waiting period of almost six months. It is advisable for the United States move fast and moving fast requires them not be shy, but takes measures that they need to take”, Zarif underscored, referring to the Iranian presidential election scheduled for 18 June.

According to him, “now is the time to decide will we [the US and Iran] both compromise and go back to the JCPOA, or will we go back to our own paths?"

Last month, US President Joe Biden said last month that the White House would not lift sanctions against Tehran as a means to resuming negotiations on the JCPOA, and that Tehran needs to stop its uranium enrichment activities first.

Asked whether the US would lift its crushing sanctions against the Islamic Republic "to get Iran back to the negotiating table" during his interview with CBS News, Biden answered simply "No".

© AP Photo / Majid Asgaripour
A worker walks through a part of the electricity generating plant of the Bushehr nuclear power plant, just outside the southern city of Bushehr, Iran, Tuesday, Oct. 26, 2010

"They'd have to stop enriching uranium first?", his interviewer then queried, prompting Biden to nod in agreement.

Despite post-election hopes that Biden would take immediate steps to rejoin the Iran nuclear deal to ease tensions with Tehran, the new administration has failed to reach agreement with its Iranian counterparts on which side should be the first to make concessions.

Tehran insists that it is up to the US to lift its sanctions, given that it was Washington that abrogated its obligations and pulled out of the accord in 2018. The US maintains that Iran must first signal its commitment to the JCPOA by scaling back its uranium enrichment and stockpiling activities.

© AP Photo / HASAN SARBAKHSHIAN
Iran Will Return to Full Compliance With JCPOA if US Lifts Sanctions, FM Zarif Says
The United States has intensified its economic pressure on Iran since then-President Donald Trump announced Washington’s unilateral withdrawal from the JCPOA in May 2018.

Under the Trump administration, the US reportedly imposed 77 rounds of Iran-related sanctions, targeting thousands of individuals and entities.

The US move to pull out of the deal and punish Iran with sanctions prompted Tehran to scale back its obligations under the nuclear deal and enrich uranium at levels higher than those agreed upon in the accord.