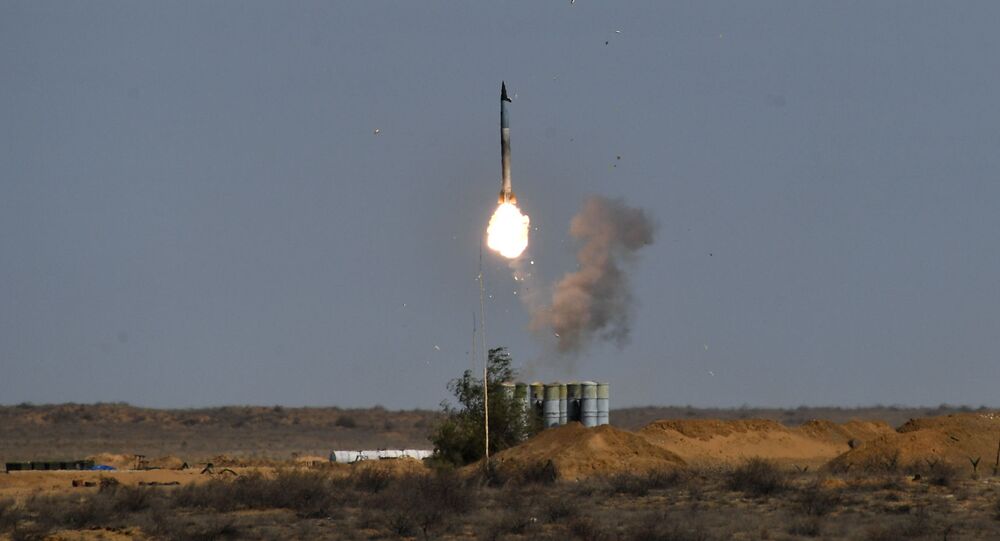 Relations between Washington and Ankara started to deteriorate after the latter signed a contract with Russia to buy several S-400 air defence systems at the end of 2017. Turkey repeatedly stressed that the decision was a matter of national security, but it did not stop the US from slapping sanctions on the country.

Turkish presidential spokesman Ibrahim Kalin has stated in an interview with Bloomberg that Washington's confrontation with Ankara over the purchase of Russian air defence systems might bring about unexpected and unpleasant results for the US.

He brought up the recent example of the US blocking the export of aircraft engines to Turkey required as a part of Ankara's contract to sell 30 ATAK attack helicopters to Pakistan. The presidential spokesman linked Washington's decision to the bilateral row over the S-400s. Now, Pakistan's contract for the purchase of attack helicopters is likely to be awarded to China instead of Turkey, Kalin indicated.

Over the past few years, Beijing has become a prominent player on the global military market. At the same time, the previous and current American administrations regard China as one of the main potential "threats" for the US. Thus, the likely awarding of Pakistan's contract for helicopters to China is a loss for Washington of its own doing, Kalin explained.

Ibrahim Kalin went on to note that Turkey and the US can cooperate in a "very constructive way", empowering each other and jointly addressing common issues. The spokesperson stressed "Turkey's geopolitical location" and standing in NATO, but added that cooperation with Washington will only be possible if the latter respects Ankara's interests, including in terms of national security.

By Washington's Own Admission S-400 Issues Not Technical, But Political

The presidential spokesman recalled that the US originally claimed that fears the S-400s in Turkey might reveal the F-35's weaknesses to Moscow were the main reason for Washington's concern over Ankara's deal. Turkey offered to resolve these concerns with the US through consultations, but the proposal went unanswered. Kalin revealed that only later did Washington admit that its problem with Ankara's purchase of the S-400s was not a technical, "but political issue".

Kalin noted in his interview with Bloomberg, that even afterwards Turkey was ready to discuss the problem with the US to find a mutually beneficial solution. Washington, however, chose to stand its ground and demand that Ankara discard the Russian systems for good. Such an approach will not yield the results the US seeks, the spokesman said, adding that it will do quite the opposite.

"If another country comes to us with a maximalist position and demand you know, it's either my way or the highway, that kind of attitude pushes you in other directions", Kalin explained.

The presidential spokesman stated that Turkey had disagreements with Russia too during the negotiations over the sale of S-400s, but Moscow held consultations with Ankara that allowed them to resolve these issues. Kalin wondered what is stopping the US from having a similar "constructive dialogue" with Turkey on the S-400 issue.

So far, instead of dialogue, Washington has chosen to punish Ankara for its choice of air defence weapons. First, the US blocked the sale of F-35 fighter jets that Turkey had previously ordered. In 2020, the US added sanctions against Turkish defence officials and industry to the list of measures devised to force Ankara to ditch the S-400s. However, President Recep Tayyip Erdogan repeatedly stressed that the purchase of the air defence systems was a sovereign choice of his nation and insisted that Ankara would never ditch those systems just because the US demands it.

Turkey ‘Open to Negotiating’ With US on S-400s, Says Doesn’t Have to Keep Them Deployed Permanently