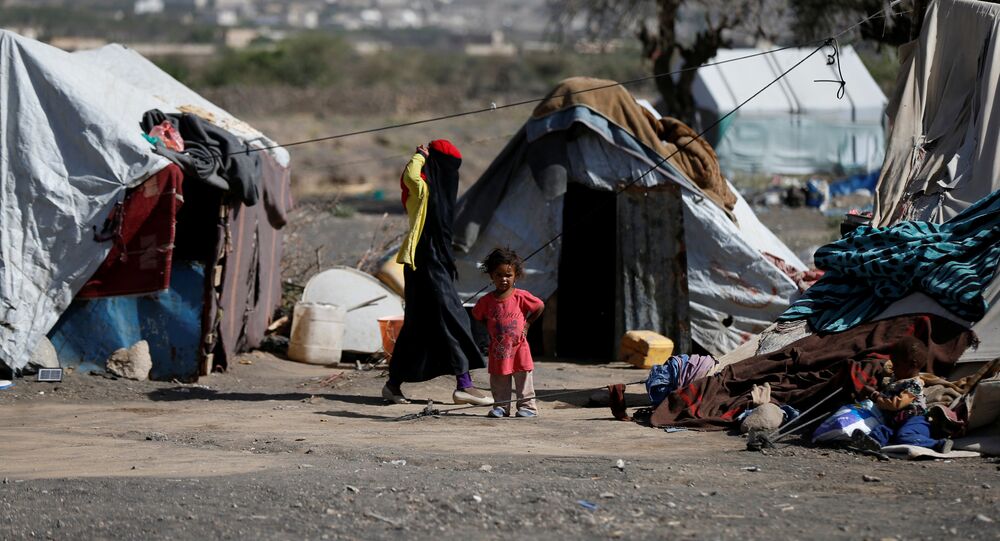 MOSCOW (Sputnik) - At least eight people have been killed and over 170 others injured as a result of a fire at a migrant detention facility in the Yemeni capital city Sanaa, the regional office of the International Organization for Migration (IOM) for the Middle East and North Africa has said.

The fire broke out at the center run by the Houthi rebels on Sunday. The cause is yet to be determined.

"We are deeply saddened by the death of the refugees and guards in the migrant detention facility in Sanaa as a result of a fire. Eight people died, however, the final tally is supposed to be much higher. Condolences to the families of the victims and all those injured," the IOM regional office wrote on Twitter late on Sunday.

The organization added it was providing medical assistance to over 170 injured, 90 of whom are in critical condition.

© AP Photo / Aaron Favila
UK Will Reportedly Slash Up to '50 Percent' in Foreign Aid for Developing Countries, Including Yemen
The Middle Eastern country has been engulfed in an armed conflict between the government forces, led by President Abdrabuh Mansour Hadi, who is backed by a Saudi-led military coalition, and the Houthi movement for several years now. The Saudi-led coalition of Arab states entered the conflict on the side of the government in 2015, after the Houthis made significant gains during the early days of clashes.

Since then, the coalition has been conducting air, land and sea operations against the rebels, who control the official capital of Sanaa and large areas in northern and western Yemen.