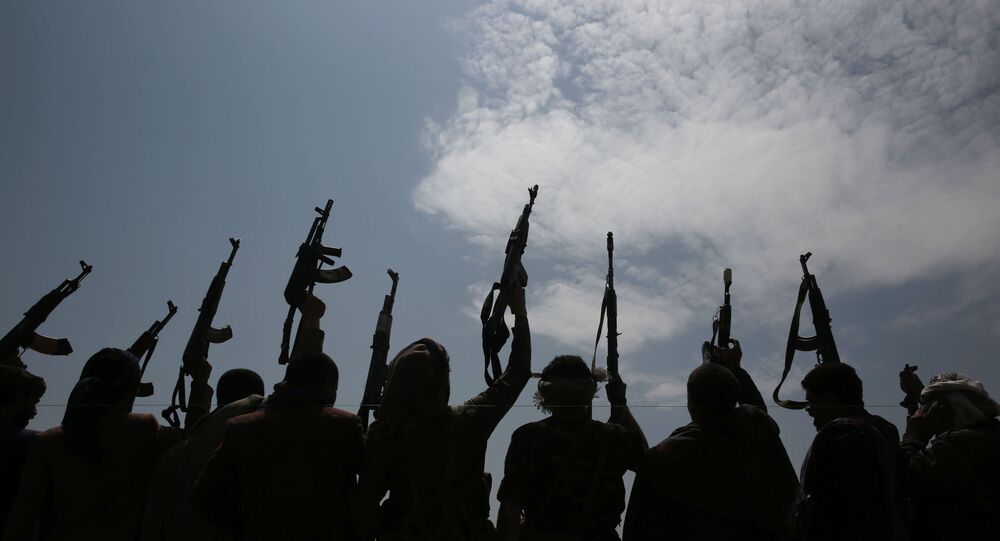 The reports come amid growing tensions between Saudi Arabia and Yemen's Houthis, with the two engaging in a series of attacks against each other on Sunday. It is currently unclear if the explosion is linked to the standoff between the warring parties.

According to the witnesses' account, the blast occurred somewhere between 8:00 and 8:30 pm Saudi time. The country’s authorities have so far not given any comment about the incident.

The US Embassy in the kingdom warned American citizens in the area of Dhahran, Dammam, and Khobar to take precautions in the event of an attack.

A video from Dhahran has emerged online that ostensibly captured the moment two missiles were intercepted by Saudi forces. While the moment of the explosion is not clearly visible in the footage, two loud bangs can be distinctly heard in the video.

The reports come less than an hour after the Arab coalition announced that it had repelled two ballistic missiles launched by the Houthis towards the southern city of Jizan.

The war in Yemen has been ongoing since 2014 between government forces and the Houthis, also known as the Ansar Allah movement. In 2015, the Saudi-led Arab coalition joined the fighting on the government's side. Earlier on Sunday, the Arab coalition claimed it had intercepted 10 drones launched by the Houthis targeting civilians.