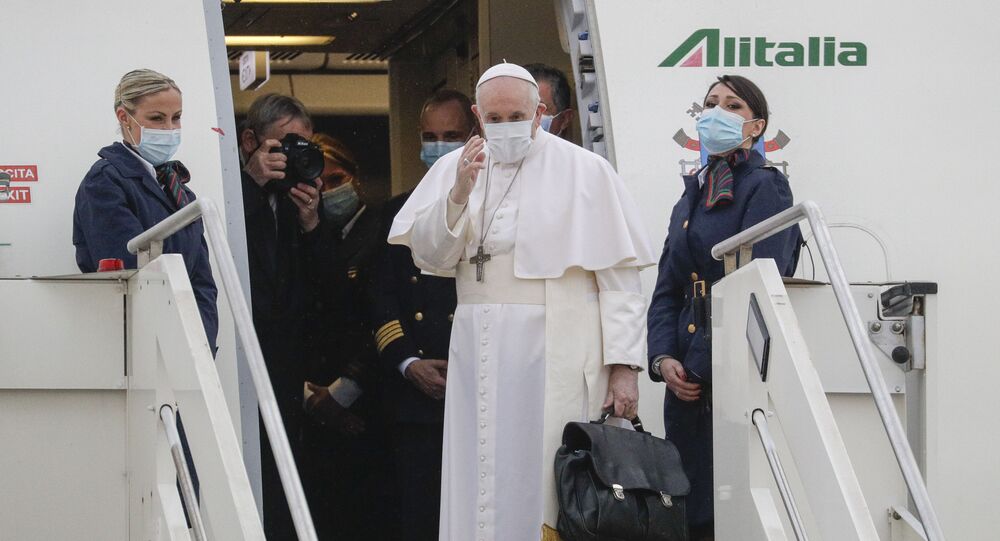 Pope Francis on Friday arrived in the Iraqi capital of Baghdad for a historic apostolic four-day trip to the Middle Eastern nation.

Pope Francis visits Najaf, one of the holy cities of Shi'a Islam during the second day of his four-day trip to Iraq.

In Najaf, the pontiff will hold a meeting with influential Ayatollah Sayyid Ali Al-Husayni Al-Sistani, regarded as the spiritual leader of Iraq's Shi'a muslims.

Apart from Baghdad and Najaf the papal visit includes Ur — which is famous among Christians, Jews and Muslims as the birthplace of Abraham — and other Iraqi cities.

The pope became the first-ever pontiff to visit the homeland of Abraham. His visit is described as an act of solidarity with the Christian community and a symbolic outreach to Muslims. Ahead of the visit, the pope said, in a special address to the Iraqi people, that he would come to their country as a peace messenger to pray for reconciliation after the years of war and terrorism which have plagued Iraq.