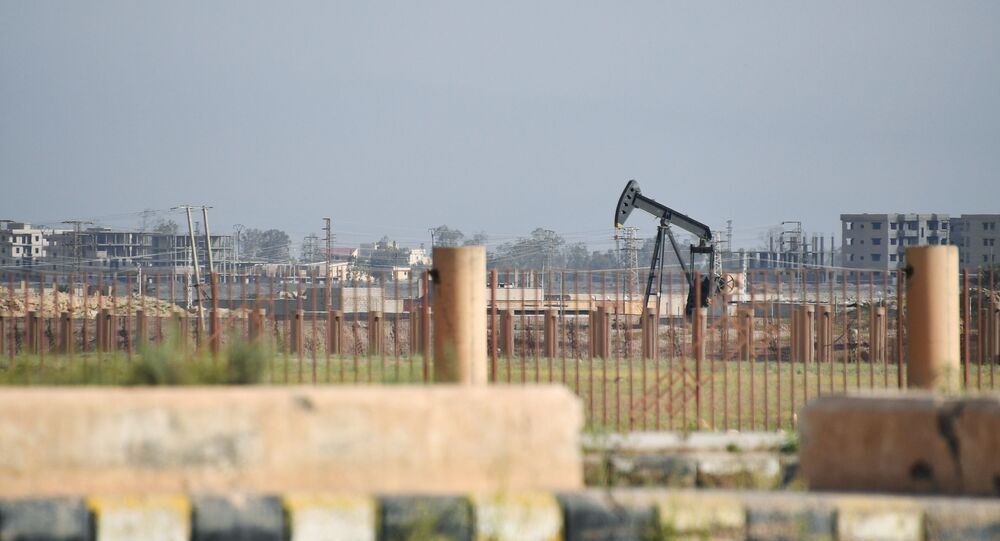 One Dead, Ten Injured After Explosions Near Jarablus in Northern Syria, Report Says

Last month, the United States carried out airstrikes against facilities presumably used by "Iran-backed" militias in eastern Syria as a retaliation for the 15 February rocket attack on US troops in Iraq.

One person has been killed and at least ten more injured after explosions near Jarablus in northern Syria, Reuters reported.

Earlier in the day, the country's Ekhbariya TV reported that explosions were heard near Al-Bab and Jarablus.

A video allegedly from the area affected by the explosions emerged online, suggesting it was a missile that caused the blast.

​According to Insider Paper, the explosion occurred after a ballistic missile hit oil tankers outside Manbij.

JUST IN: Ballisitc Missile hits oil tankers at Al Hamran northwest of Manbij in Syria. Huge explosion can be witnessed after the targeted attack.pic.twitter.com/nD1KejLDo4

Syrian journalist Mohamad Rasheed said that the explosions were caused by the fall of three missiles.

The fall of 3 unidentified missiles on the Al-Hamran crossing, southwest of #Jarablus, causing huge explosions and burning fuel vehicles at the targeted place.#syria #Aleppo pic.twitter.com/ScdchMyURL

This comes in the wake of US airstrikes on Syria which took place on 26 February targeting facilities allegedly used by Iran-backed militias. The Pentagon said the move was a response to recent attacks on US and coalition forces in Iraq.