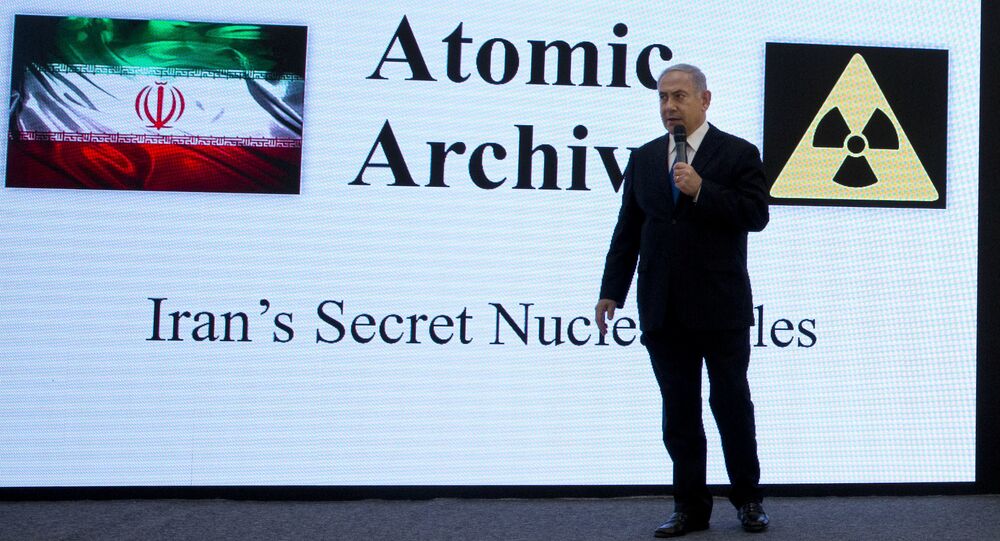 Relations between Tehran and Tel Aviv are notoriously poor, with Israeli officials accusing the Islamic Republic of pursuing nuclear weapons and of setting up proxies on its borders. Iran denies having any plans to build a nuclear bomb, and has pointed to Israel’s status as the only power in the Middle East with an actual (suspected) nuke arsenal.

The Iranian threat to Israel has only become more serious in the aftermath of Tel Aviv’s successful diplomatic campaign to convince the Trump administration to pull out of the nuclear agreement, an individual identified only as “A,” a recently retired deputy head of the Mossad, has told an Israeli newspaper.

“Our situation today is worse than it was at the time of the [2015] nuclear deal,” A. said. “They didn’t stop their spread in the region for a moment. They are developing missiles…the deal we made wasn’t good; we are back to the same place."

A. pointed to the extent of the Mossad’s work in lobbying Donald Trump to scrap the Joint Comprehensive Plan of Action, saying the intelligence collected for Prime Minister Benjamin Netanyahu’s April 2018 “Iran lied” speech was just “one” of the actions the agency took to “break the deal” after it was determined that “if we succeed in getting the Americans to leave it, it will start falling apart until it dissolves completely.”

The ex-official lamented, however, that the scrapping of the JCPOA only resulted in Iran accumulating more enriched uranium of higher quality.

“If I look at today, March 2021, then we have a situation in which there is uranium enrichment in Fordow, there is activity in Kashan, there is work at Natanz, they have accumulated 2.5 tonnes of enriched uranium, and now advanced centrifuges as well,” A. said.

A. appeared to blame the Netanyahu government for the debacle, pointing out that the prime minister had set himself up “in complete opposition” to the Obama administration, which put together the Iran nuclear agreement with Iran. The ex-official suggested that this Israel-US tension reduced Tel Aviv’s ability to address concerns within the JCPOA.

A. was said to have retired last month, and to have been a top contender to replace Mossad director Yossi Cohen following the end of his term in June.

The Biden administration announced plans to rejoin the JCPOA in January, but has so far failed to make good on its promises, insisting that Iran must drastically reduce its enrichment and stockpiling activities first. Iran says it will do so only after the US lifts its sanctions.