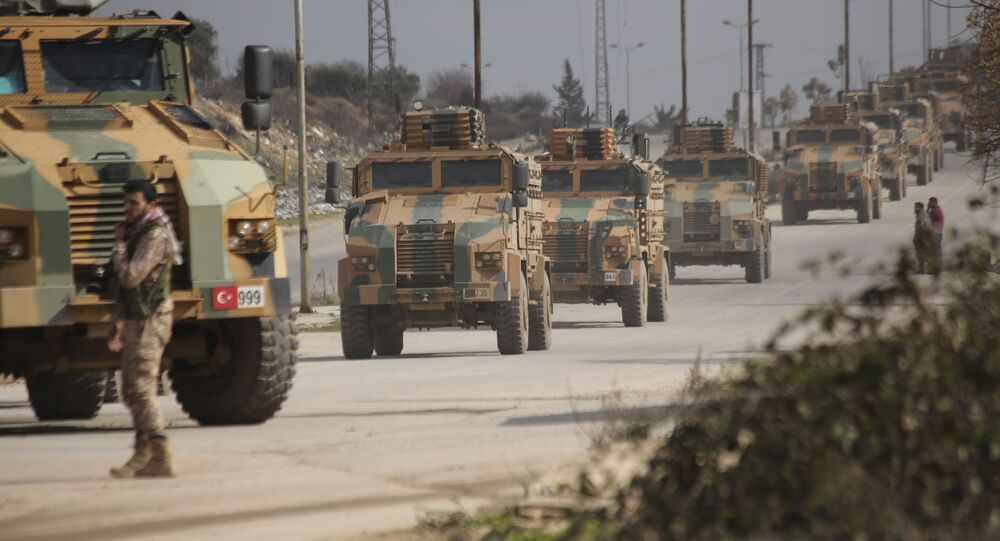 MOSCOW (Sputnik) - About 150 people attended a protest rally in Syria's al-Bab with calls for the withdrawal of pro-Turkish units, the rally was brutally suppressed by militants, five local residents were wounded, Rear Adm. Alexander Karpov, deputy head of the Russian Defence Ministry's Centre for Reconciliation of Opposing Sides in Syria, said.

"In the locality of al-Bab (30 kilometers northeast of Aleppo), about 150 people went to a rally calling for the withdrawal of pro-Turkish units and the return of territories under the control of Damascus. The rally was violently suppressed by militants with the use of force, as a result of which five local residents were injured," Rear Adm. Karpov said.

According to him, in the area controlled by the Turkish armed forces, there is an increase in the protest moods of local residents against the atrocities of militants amid a humanitarian crisis.