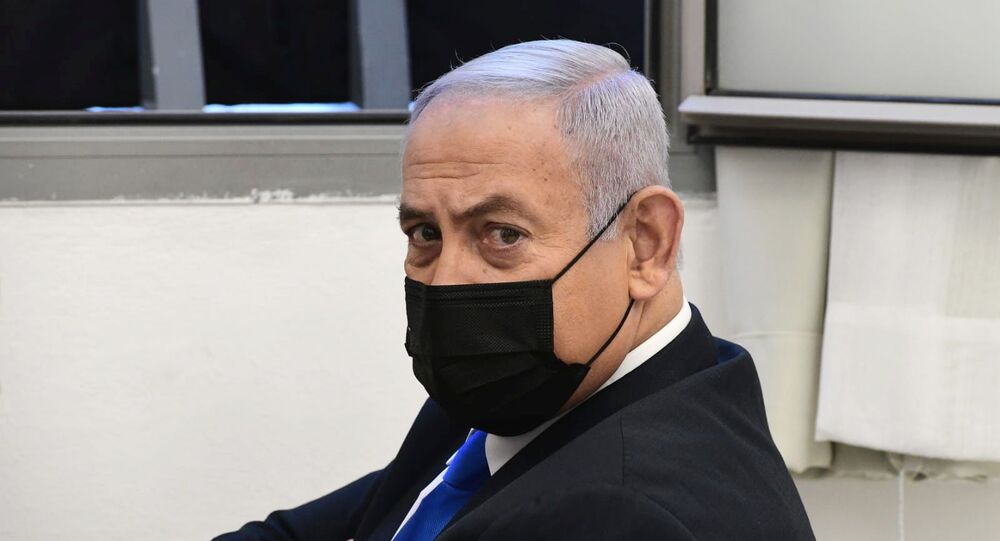 A recent survey projects the prime minister’s Likud party would only get 28 out of 120 seats in Israel’s parliament, the Knesset. Although he will remain the leader of Israel's largest political party, that might be not enough for him to keep his post.

With three weeks left till a new election is held in Israel, the future doesn't look promising for Benjamin Netanyahu: a 103 FM Radio poll shows that the bloc seeking to replace the prime minister is projected to secure more than 61 seats needed to form a government. Netanyahu, on the other hand, and his "natural allies" - a bloc of religious parties - have managed to garnish only 58 seats, three seats less than needed.

It is not clear why Netanyahu has failed to lift himself up in the polls. The mass vaccination campaign that he launched back in December of 2020 seem to have yielded impressive results and the country's economy is getting back on track, with restaurants, hotels and wedding halls expected to open as early as next week.

The normalisation agreements that he brought are producing results too. By the end of January, trade between Israel and the United Arab Emirates had already reached $272 million, with the Gulf nation dispatching its first ambassador to the Jewish state in a bid to strengthen that bond.

Tighter cooperation has also been established with Bahrain, Morocco and Sudan, with the nations exchanging delegations and visits on a regular basis.

But for many in Israel, this simply isn't enough. Demonstrations against the prime minister are still being held across Israel on weekends. Banners accusing him of corruption and breach of trust in a series of graft probes are seen on bridges and buildings and houses; demands for him to step down remain common in the Jewish state's public discourse.

Yet, he won't budge. On Wednesday, Netanyahu's Likud party launched its official elections campaign, stressing out its achievements and putting forward its plans for years ahead.

In this round of elections, set for 23 March, the coronavirus pandemic is expected to top Netanyahu's agenda, and so will the country's economy, which is still suffering from relatively high unemployment rates.

© AP Photo / Ariel Schalit
Some Israeli Arabs Look Up to Netanyahu as Potential Problem-Solver, Here's Why

The prime minister is also expected to focus on the raging crime rates in Israel's Arab community: he has already pledged more than $45 million to tackle the problem.

The only question is whether that will be enough for the masses to cast their ballots in favour of the prime minister.

Recent polls might suggest otherwise, but for a PM that has been buried so many times by Israel's media and his own opponents, surveys that predict doom and gloom are not a deterrent.