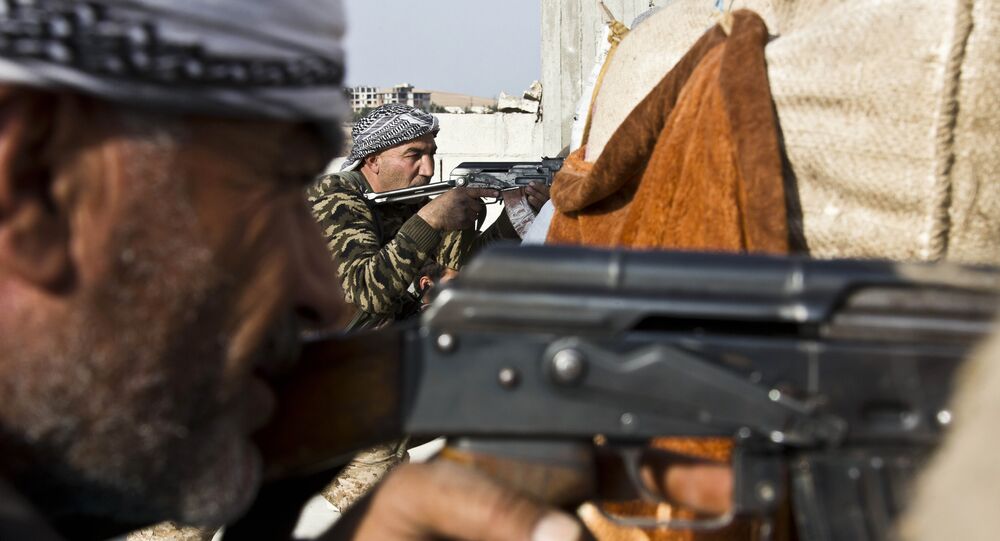 According to state news agency Anadolu, the security forces held simultaneous raids in 12 districts of Istanbul to arrest 16 foreigners, who are believed to have been active in Syria and Iraq.

The source added that digital materials and organizational documents were seized during the operation.

© AP Photo / Laurent Cipriani, File
Turkey Reportedly Arrests Frenchwoman Wanted by Interpol Over Ties With Daesh
Turkey became one of the first countries to designate Daesh a terrorist group back in 2013. The country has since been repeatedly attacked by the organization with at least 10 suicide bombings, seven bomb attacks and four-armed attacks within its borders. In response, Ankara launched counter-terrorism operations both in Turkey and abroad to prevent further attacks.

Daesh became globally known in 2014, when it declared itself a worldwide caliphate and began military operations in Iraq and Syria, as well as in other areas in the Middle East. The group has since been eliminated from most of the territories previously occupied but it is still able to carry out sporadic terrorist attacks.