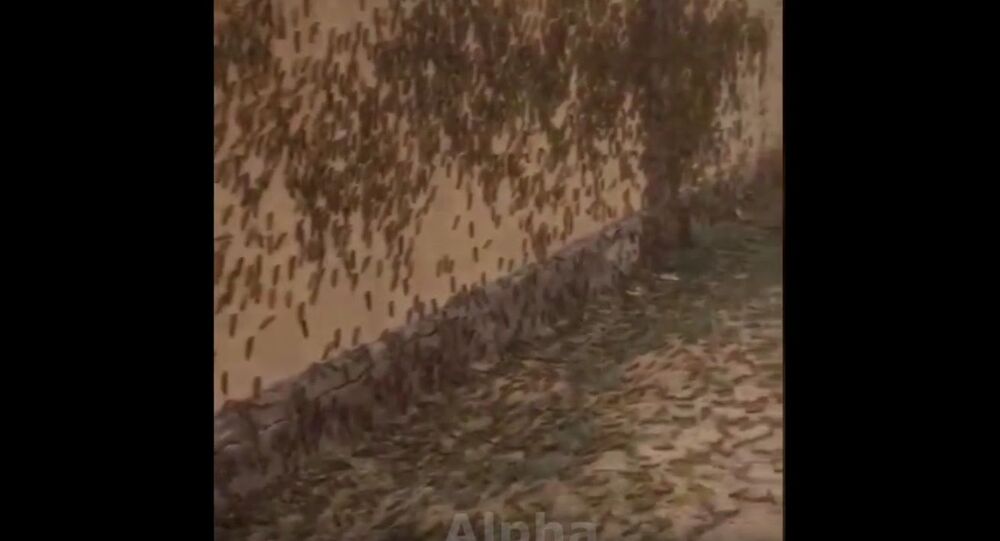 The kingdom has been struggling with a locust infestation as the current climate conditions in the country have allowed the ravenous insects to multiply and attack crops.

Myriads of locusts have been "bugging" Saudi Arabia since January, arriving in the kingdom from neighbouring countries.

The authorities have been forced to double down on their efforts to combat the "invasion" with aerial spraying, according to Arab News.

Locals have shared horrifying videos of the locusts' conquest of Saudi Arabia, with one such video uploaded on YouTube.

In the footage, dated 22 February, an astounding amount of the insects is seen covering every surface imaginable, be it the desert, trees, or city streets.

Locusts have historically been a nightmare for farmers, as these insatiable swarming critters are known for their ability to destroy crops.