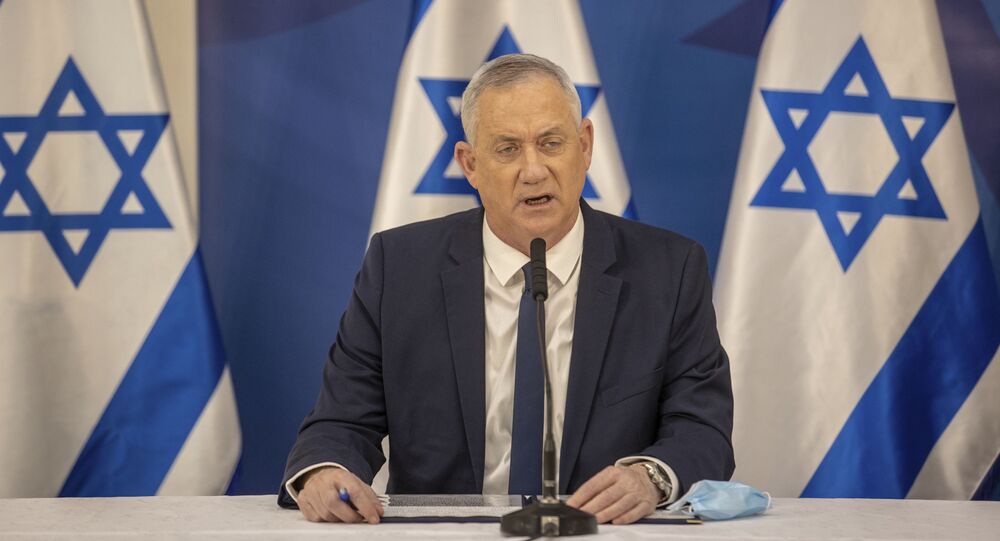 The cargo vessel, owned by an Israeli businessman, was hit by an explosion as it was sailing through the Gulf of Oman on 25 February. Media reports, citing anonymous sources, earlier suggested that Tel Aviv suspects Iran of being responsible for the incident.

Israeli Defence Minister Benny Gantz has claimed that his "initial assessment" of the incident in the Gulf of Oman involving the Israeli ship on Thursday indicated that Iran was behind it.

"Iran is looking to hit Israeli infrastructure and Israeli citizens. The location of the ship in relative close proximity to Iran raises the notion, the assessment, that it is the Iranians. Right now, at an initial assessment level, given the proximity and the context - that is my assessment", Defence Minister Benny Gantz said.

The cargo ship, MV Helios Ray, owned by the Israeli company Helios Ray Ltd, was sailing under the Bahamian flag through the Gulf of Oman on its way from Saudi Arabia to Singapore when it suffered a blast to the hull on 25 February. The cause of the explosion was unclear when it was first reported by the United Kingdom Maritime Trade Operations and little is known so far about the damage done, except for the fact that both the vessel and its crew are safe. Helios Ray is reportedly docked in a Dubai port to undergo repairs following the blast.

Iran has not yet commented on Tel Aviv's allegations or earlier media reports that Israel suspects Tehran was responsible for the explosion. The Islamic Republic was previously accused of staging attacks on commercial vessels in the Gulf of Oman by the US in May and June 2019, but Tehran strongly denied the accusations at the time.

© CC BY 2.0 / Francisco Anzola / Late afternoon at the beach
Israel Reportedly Points Finger at Iran After Cargo Ship Explosion in Gulf of Oman

A series of blasts rocked the gulf in 2019, damaging the hulls of a total of six commercial cargo ships belonging to Norway, Saudi Arabia, the UAE, and Japan. The exact cause of the explosions was never established, although the US claimed that Iranian forces had planted mines on the vessels' hulls above the waterline. The UAE's probe into the May 2019 incident, which took place in its territorial waters, concluded that a state-sponsored actor was likely behind the attack, but failed to pinpoint exactly which one.

Video: US Claims 11 Iranian Vessels Made 'Dangerous Approaches' of Ships in Persian Gulf