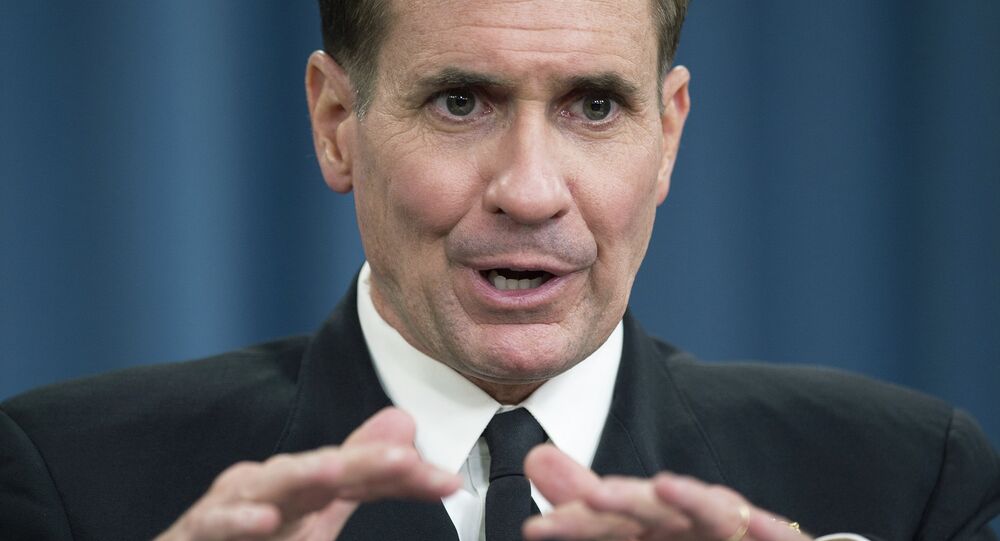 Pentagon Believes Properly Notified Russia About US Strikes in Syria

WASHINGTON (Sputnik) - The United States believes it properly notified Russia ahead of its airstrikes in Syria without compromising the security of the mission, Defense Department spokesperson John Kirby responded on Friday to Russian Foreign Minister Sergey Lavrov’s criticism of the US short-term warning regarding the attack.

Lavrov said earlier that the warning through the deconfliction channel came four or five minutes ahead of the attack of two US F-15 fighter jets on the infrastructure of Iranian-backed militias in eastern Syria. The strike came in retaliation for Iran’s rocket attack on the Erbil Air Base in Iraq.

"We did what we believe was a proper amount of notification," Kirby said, adding that he is grateful to Lavrov for his willingness to confirm that the notification was served.

"As for Foreign Minister Lavrov, I won’t get into specifics of exactly the timing that was involved here, but I am grateful to see that the Foreign Minister confirmed what I have been saying for the last couple of hours that they were in fact informed through the deconfliction channel. So I am grateful that he was willing to confirm that," Kirby said.

Lavrov also said the US presence in Syria is illegal and violates all norms of international law.

Missile Attack in Baghdad Under Investigation, Not Attributed Yet, Pentagon Says