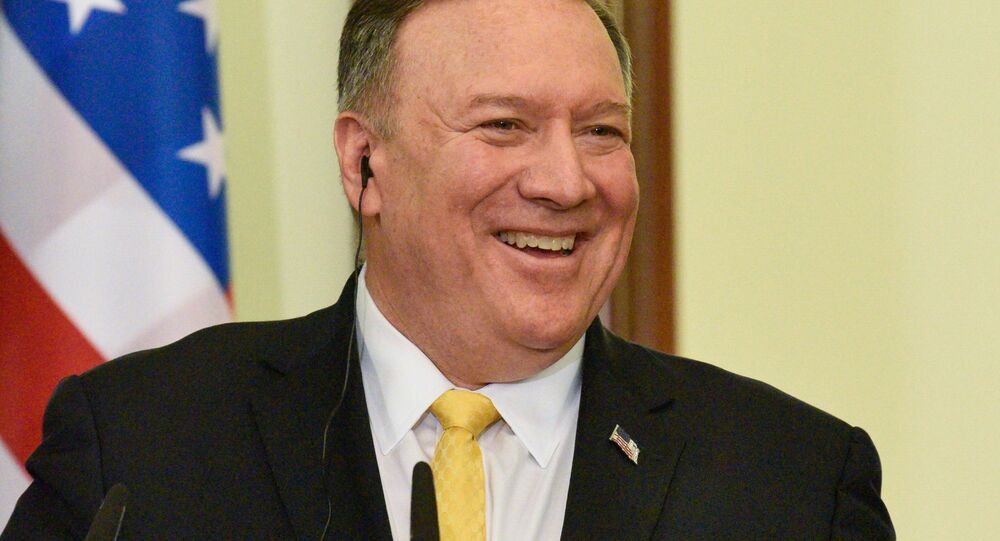 On Thursday night, the US launched the first Syria attack of the Biden presidency, targeting what the Pentagon claimed were the bases of “Iranian-backed” Iraqi forces in the eastern part of the country. Syrian media called the strikes an act of “aggression.” Moscow pressed the US to show “unconditional respect” for Syria’s sovereignty.

Former Secretary of State Mike Pompeo has leapt to the defence of the Biden administration over Thursday’s Syria attack, slapping down a journalist’s suggestion that it could get the US bogged down in a conflict in the war-torn Middle Eastern nation.

“You gotta protect your forces. You gotta establish deterrence. We did this a couple times, it was effective,” Pompeo said, speaking to Fox News’ Laura Ingraham.

Ingraham, a self-professed critic of Donald Trump’s 2017 and 2018 bombings in Syria, said she was “skeptical” about Thursday’s attacks as well. “Isn’t this what China wants as well? For us to get bogged down even more in the Middle East, Mr. Secretary?” she asked.

Pompeo went on to express hope that the new strikes were successful. “I don’t know what they struck or what targets they went after. I hope it just wasn’t bombs in the desert. I hope it really went after something that threatened the United States of America…You don’t need to get bogged down there to take an airstrike,” he said.

“We’ve got to make sure that we deter the Iranians every place. Weakness and appeasement with the Iranians will only be rewarded with more terror from them,” the former official added.

The Trump administration carried out massed air and missile strikes in Syria on at least three occasions, doing so in 2017 in response to an alleged chemical attack by Syrian government forces in Khan Shaykhun which President Bashar Assad called a “100 percent fabrication.” In 2018, the US, France and Britain carried out a second round of strikes over Syria’s alleged chemical attack in Douma, southwestern Syria. Damascus again denied Washington’s claims about the attack, and later, a whistleblower revealed that the Organisation for the Prohibition of Chemical Weapons had deliberately omitted key details from its report on the incident, including observations which cast doubt on whether a chemical attack had even taken place.

© REUTERS / JONATHAN ERNST
Care to Circle Back? Netizens Spotlight Psaki's Old 'Sovereign Country' Tweet After US Airstrikes in Syria
The last major US attack on Syria under Trump’s watch took place in late 2019, with the US striking multiple facilities used by Kata’ib Hezbollah – a Baghdad-allied Iraqi Shia militia which Washington claimed had attacked a US base, in eastern Syria and western Iraq. Later investigations discovered that Daesh (ISIS)*, not Kata’ib Hezbollah, was most likely responsible for the base attack.

Biden’s Thursday Syria strikes similarly targeted Kata’ib Hezbollah, as well as another Shia militia group known as Kata’ib Sayyid al-Shuhada, ostensibly over their supposed involvement in the 15 February rocket attack on a US air base in Erbil, Iraq. The militias denied any involvement in the Erbil attack, and a little-known group calling itself Saraya Awliya al-Dam claimed responsibility.