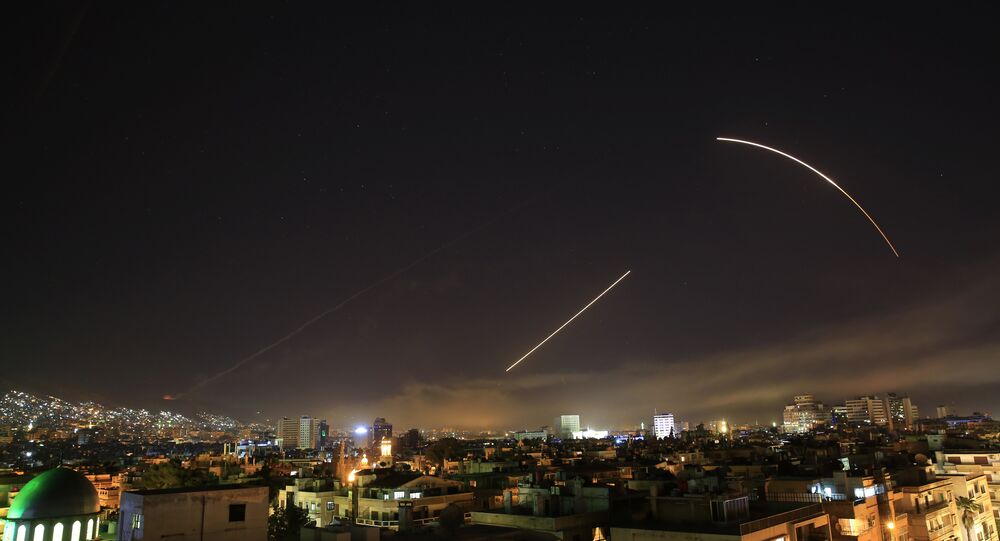 Earlier, the US launched an airstrike against "Iran-backed" militia assets on Syrian territory.

US Air Force planes have launched missile strikes in several areas near the Syrian-Iraqi border, according to the Syrian state television channel.

Seventeen people were killed in the recent US airstrike in eastern Syria, Iran’s state-owned television and radio broadcaster IRIB reported on Friday.

The strike hit the Al Bukamal area, on the border with Iraq, according to the Iranian broadcaster.

"The United States carried out an aggressive action against Syria, attacking ground targets in the eastern province of Deir ez-Zor," the report said.

No information on losses among the Syrian troops or material damage was provided.

On late Thursday, Defence Department Press Secretary John Kirby said that the United States had targeted the infrastructure used by Iranian-backed militias – including Kait’ib Hezbollah (KH) and Kait’ib Sayyid al-Shuhada (KSS) – in eastern Syria. The strike was said to be conducted in retaliation for the 15 February rocket attack on the Erbil Air Base in Iraqi Kurdistan.

The US airstrike hit a cluster of buildings and is believed to have killed “up to a handful of people”, The Washington Post newspaper reported on late Thursday, citing an anonymous US official.

According to Secretary of Defence Lloyd Austin, the airstrike was carried out based on the data provided by the Iraqi intelligence services.

On 15 February, a dozen rockets hit the Erbil Air Base in Iraqi Kurdistan, killing a civilian contractor and hurting nine other people. A Shiite militant group reportedly claimed responsibility for the attack.