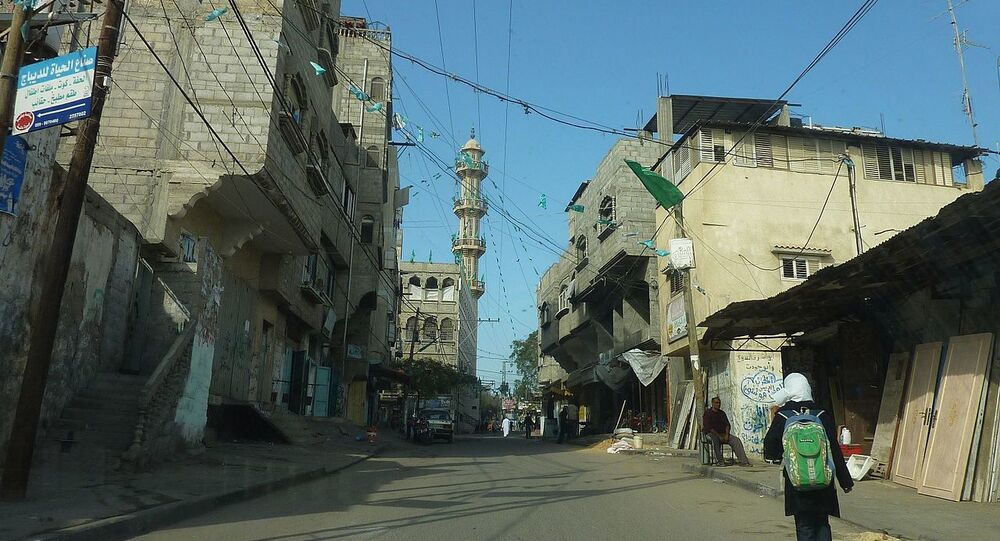 Can Deal to Provide Gaza With Electricity Become a Game Changer for Trouble-Ridden Strip?

The project, that's expected to be completed in 2023, is designed to supply the energy-hungry Strip with electricity, effectively putting an end to the never-ending power cuts that disrupt Gazans' lives and put their health at risk.

February has given a ray of hope to Palestinians of the Gaza Strip. First, it was the first batch of the coronavirus vaccines that entered the coastal enclave and then it was the news of Israel reaching a deal with the European Union and Qatar on providing the impoverished area with electricity.

The project, that according to reports is due to be completed in 2023, will see natural gas from the Leviathan field located in the eastern Mediterranean flow through an existing pipeline into Israel.

Right now the Gaza Strip only gets 120 of the 600 megawatts needed to provide its entire population with electricity 24/7, according to an Israeli NGO, B'Tselem, that supports the rights of Palestinians. The flow of electricity will give a significant boost to the area, something that might change the life in the Strip, which is now witnessing regular power cuts, lasting up to 12 hours a day during the summer.

The prospect of establishing a steady electricity flow into the Strip will also mean that the enclave's hospitals will no longer need to schedule their surgeries and plan their procedures around the timetable of the power cuts. And Ashraf Al Qidra, the spokesman of the Hamas-run Health Ministry, says this project, if it does end up materialising, will put an end to many of Gaza's problems.

"Right now, our hospitals are witnessing up to 6 hours of power cuts during the winter... very often, they threaten the lives of many patients, especially those, who suffer from kidney failure, or premature infants, who require special treatment in neonatal intensive care units."

Gazans did try to solve that problem before and attempted to minimise their reliance on Israel's supply of energy. Since 2014, when the Jewish state knocked out Gaza's only power plant amid its military operation against Hamas that has been threatening the southern communities, the enclave's authorities have set up a number of generators in local hospitals.

Those were supposed to supply the medical institutions with electricity, especially during the never-ending power cuts. But the problem was that they relied on fuel, the supply of which is regulated by Israel, which has the tendency to cut that flow at times when there is an escalation of hostilities or crisis.

Such was the case in 2017, when the Palestinian Authority that pays Israel for supplying Gaza with electricity announced it would no longer do so, leading to the Jewish state's decision to terminate the provision of the commodity.

Back then, the World Health Organisation reported that thousands of lives could be at risk in the coastal enclave as public hospitals faced a fuel and electricity crisis.

Similar reports have been released in 2019 and then in 2020, following the outbreak of the coronavirus pandemic and Israel's decision to shut down its crossing with Gaza and stop supplying it with fuel.

Al Qidra says these reports can hardly be underestimated and that his ministry has registered "a number of patients, including the elderly, babies and youths, who have died as a result of this ongoing crisis".

Now, with the prospect of a EU-Qatar funded deal getting closer, Al Qidra is hopeful the situation will improve, but he still has reservations as to whether this will ever materialise.

"We only saw the reports of the deal in the media. Nothing has happened on the ground yet. So we will only be able to speak about this agreement when it is implemented," said the spokesman, who also urged the international community to put pressure on Israel to end the crisis.

"We need international support to put pressure on Israel to end its blockade against the Gaza Strip, not only for the sake of the health sector but also for all the other aspects that negatively affect our lives in Gaza."