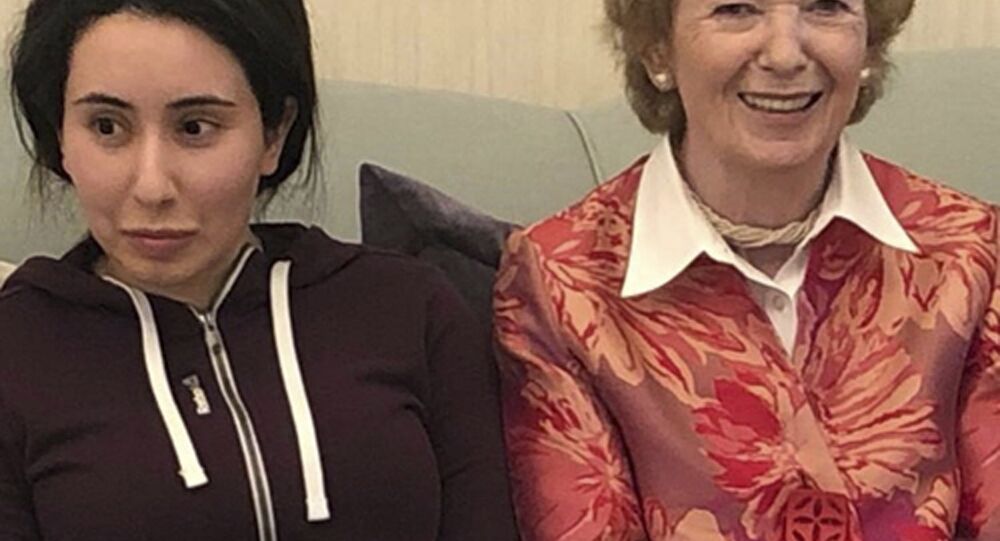 In 2018, Princess Latifa reportedly attempted to flee the United Arab Emirates only to be captured and returned home. Earlier this week, footage emerged in which the daughter of Dubai's ruler said she was being "held hostage".

Princess Latifa, the daughter of the ruler of Dubai, Sheikh Mohammed bin Rashid al-Maktoum, is being "cared for at home", the UAE Embassy in London said, citing the family.

"Her family has confirmed that Her Highness is being cared for at home, supported by her family and medical professionals", the family said, adding that the video of the princess that circulated earlier in the media and her alleged predicament were "not reflective of the actual position".

Earlier this week, Sheikha Latifa bint Mohammed al-Maktoum made headlines after sharing footage with several British media outlets in which she claimed she was being held in a villa against her own will.

According to the video, which the princess claims was shot in the bathroom, the villa "had been converted into jail".

Following the release of the video, the United Nations demanded that the United Arab Emirates provide evidence that the princess is alive.

Princess Latifa attempted to flee her home country in 2018, managing to reach India’s west coast via Oman. However, she was reportedly tracked and captured by Indian forces, who handed her over to the UAE.

She has not been publicly seen ever since, with the exception of official photos published by the UAE Foreign Ministry.

Latifa is not the first princess to attempt to flee the country. Her elder sister Shamsa also tried to escape and was brought back. She's been away from the public eye for 20 years.