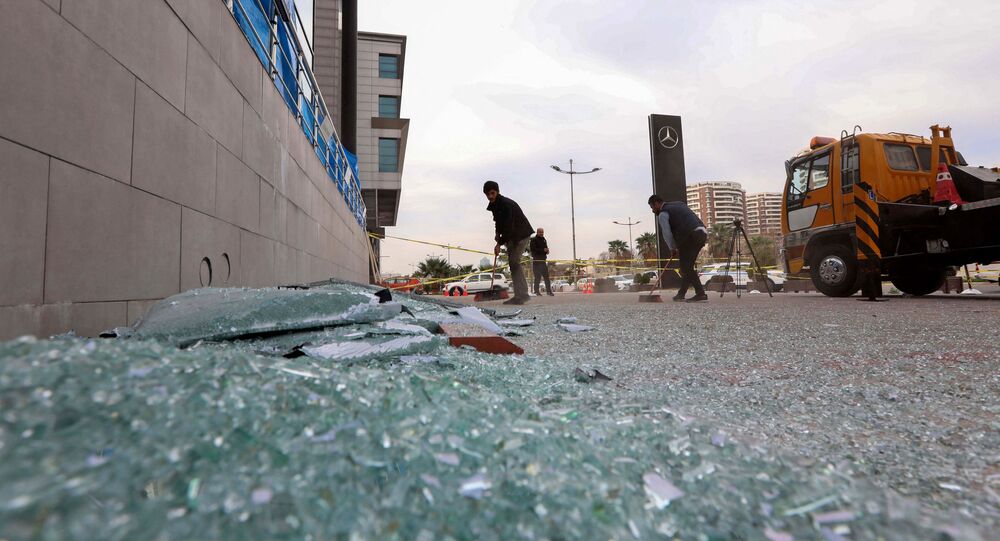 A barrage of rockets hit the Erbil Air Base in Iraqi Kurdistan on Monday, killing a civilian contractor and injuring nine other people, according to the American coalition in Iraq. A Shiite militant group has reportedly claimed responsibility.

The Pentagon will draw up possible response scenarios for President Joe Biden and his administration in the wake of the rocket attack that struck a US military base in Iraq’s Erbil, killing one civilian contractor and injuring nine others, according to a defence official quoted by Al Arabiya.

“It’s necessary to take into account that the person who was killed was not a US citizen and the previous formula that an American killed would require a response, was not the case in Monday’s attack,” the official said, cited by Al Arabiya.

Washington is maintaining close contact with Iraqi officials as they investigate the attack.

“There will be a US stance based on the results of the investigations. The US seeks to protect its troops and civilians in Iraq…which has invited Americans to be on its land,” the official said.

In the aftermath of the rockets assault, Secretary of Defense Lloyd J. Austin III spoke with Iraqi Minister of Defense Jumaah Saadoon on the phone to condemn the attack.

“The Iraqi people deserve a secure and stable Iraq, and the United States remains committed to supporting our Iraqi partners in their efforts to defend Iraq’s sovereignty,” reads a statement from Austin’s office.

Earlier, the US-led coalition said the killed civilian contractor who was not an American citizen.

Photos of the site of Monday's rocket strike on the military compound at Erbil airport in the Kurdistan region. The contractors we spoke to at the airport are so sad about losing one of their friends in this attack. They are still in shock.

​A little-known Shiite militant group that calls itself Saraya Awliya al-Dam, which translates as "Guardians of Blood Brigade" in Arabic, has claimed responsibility for the attack, and pledged further strikes against “American occupation” forces in Iraq.

According to the US coalition, a total of 14 107 mm rockets were launched on Monday.

US Secretary of State Antony Blinken vowed America's support for investigating the attack, as the State Department issued a joint statement together with foreign ministers from France, Germany, Italy, and the United Kingdom to condemn the attack.

“We are united in our view that attacks on US and Coalition personnel and facilities will not be tolerated," reads the statement.

Several Iraqi officials blamed the rocket strike – the first on a Western military or diplomatic facility in Iraq in nearly two months – on Iran. Tehran has vehemently rejected all accusations.

The administration of US President Joe Biden is awaiting the results of an investigation to “determine precise attribution for this attack” said White House Press Secretary Jen Psaki on Tuesday during a news briefing.

In January 2020, ex-President Donald Trump said Washington would ramp up its efforts to take out Iran-backed groups following the death of the US contractor in December 2019.

He was killed in a rocket attack on a military base near Kirkurk – it was attributed to Kataib Hezbollah, an Iranian-backed militia group. The events triggered a US response, which resulted in the killing of top Iranian general, Qasem Soleimani and Kata’ib Hezbollah leader Abu Mahdi al-Muhandis at Baghdad Airport in a drone strike.

US Secretary of State Pompeo Condemns Attack in Erbil, Iraq That Claimed Life of Turkish Diplomat