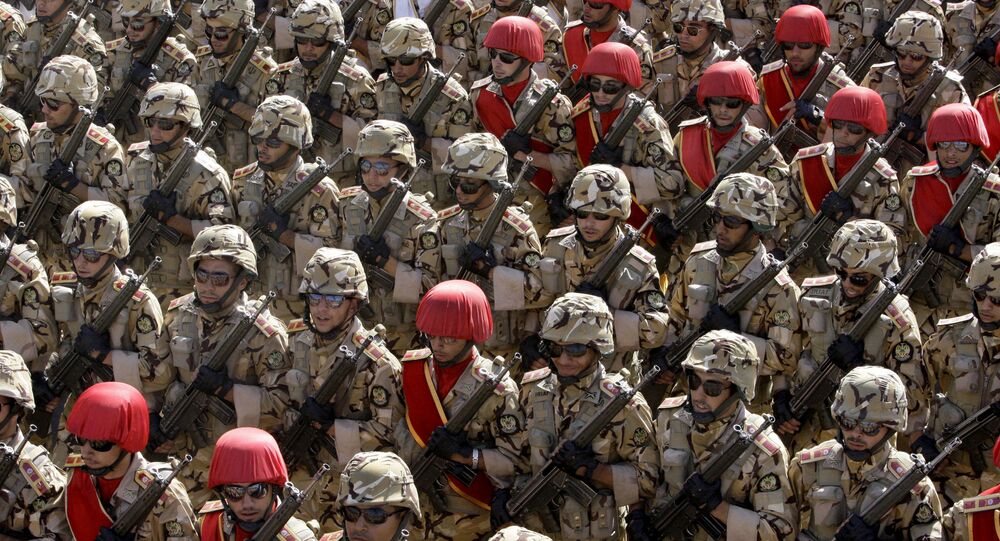 On Monday, Intelligence Minister Mahmoud Alavi announced that Iran had exposed “the main perpetrator” of the November 2020 assassination of prominent Iranian nuclear scientist Mohsen Fakhrizadeh, describing him as a “fired employee of the Armed Forces.”

The General Staff of the Iranian Armed Forces has issued a statement indicating that the individual charged in connection with the Fakhrizadeh killing was not a former employee of the military.

“First, the person mentioned by the Minister of Intelligence underwent training in 2014/2015, and was fired due to moral problems and addiction,” the statement, provided to Tasnim, reads.

The military stressed that individuals undergoing training are not considered to be employees of the armed forces, and that the suspect’s expulsion from service means that he “has no military identity,” meaning that any crimes he may have committed are under the purview of the Ministry of Intelligence.

“Society is under the responsibility of the Ministry of Intelligence, so it was expected that the Minister of Intelligence would be more careful in his live statements to the media, so as not to provide justifications to the criminal enemies of Iran, such as the US and the fake Zionist regime,” the statement emphasised.

The statement comes following Intelligence Minister Alavi’s revelations to ISNA on Monday that “the main perpetrator” of Fakhrizadeh’s November 2020 assassination was “a fired employee of the Armed Forces” who fled Iran following the operation.

© Photo : West Asia News Agency
Iran Says Prosecuting ‘Main Perpetrator’ of Scientist’s Killing, Foiled Israeli Anti-Tehran Plots
“After Fakhrizadeh was killed, the Zionists attempted to carry out additional acts of terrorism and evil in the country, including more assassinations. These attempts were found out and foiled by Iranian intelligence,” Alavi said.

Israeli media spun the minister’s comments to make it seem as though he discounted alleged Israeli involvement in Fakhrizadeh’s death altogether, with The Jerusalem Post headlining its piece on the remarks “Iranian Minister: Fakhrizadeh killed by disgruntled worker, not Israel,” and the Jewish News Syndicate calling theirs “Iranian intelligence minister: Israel did not kill Mohsen Fakhrizadeh.” The JNS piece has since been deleted.

This is the second time this month that Iranian officials have sought to clarify the intelligence minister’s remarks. Last week, while emphasising that Iran has “no plans” to pursue a nuclear weapon, Alavi warned that the country may be “pushed” into pursuing one by its adversaries like a cat that has been cornered. On Monday, Iranian Foreign Ministry spokesman Saeed Khatibzadeh clarified that “the Supreme Leader’s fatwa banning weapons of mass destruction and nuclear weapons is still valid,” and that stressed that “Iran’s position remains unchanged: Iran’s nuclear activities have always been peaceful and will remain peaceful.”

WANA NEWS AGENCY
Iran's President Accuses Israel of Assassinating Nuclear Scientist to Provoke War in Region
Supreme Leader Ali Khamenei issued an oral fatwa (religious ruling) reiterating that Iran outlaws the development or use of any WMD in 2003. Before that, Khamenei’s predecessor, Islamic Republic founder Ruhollah Khomenei, issued a fatwa to the same effect in the 1980s.

Fakhrizadeh was killed in an attack on his vehicle convoy on 27 November 2020 about 175 km east of Tehran. Iranian officials almost immediately blamed Israel for the killing, citing Prime Minister Benjamin Netanyahu’s 2018 claims that the scientist was coordinating Iran’s alleged secret effort to build a nuclear bomb. Last week, Israeli media reported, citing unnamed intelligence sources, that the operation to kill Fakhrizadeh was carried out by Mossad and involved over 20 agents, including both Israeli and Iranian nationals.