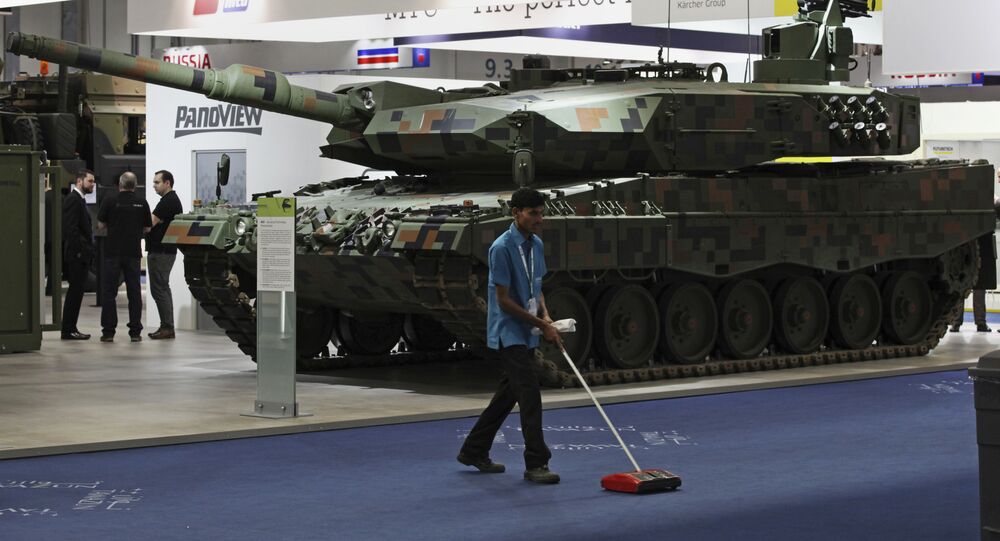 Tel Aviv and Abu Dhabi formally normalised relations last year in a deal brokered by the United States. The Trump administration awarded the Emiratis by approving the sale of $23 billion in advanced weapons, including F-35 Lightning II stealth fighters. Israel expressed concerns over the sale.

The defence expo, the largest of its kind in the Middle East, is set to run 21-25 February at the Abu Dhabi National Exhibition Centre. Dozens of Israeli companies were set to take part in the show this year, among them Aeronautics Group, BIRD Aerosystems, Elbit Systems, Israel Aerospace Industries, Israel Weapon Industries, Rafael Advanced Defence Systems, SIBAT Israel Ministry of Defence, and others, with the country even given its own separate pavilion.

Israeli defence firms saw their historic first time-ever participation in IDEX as an opportunity to open the door to some lucrative defence contracts, as cash-rich oil Gulf sheikhdoms spend billions on military equipment every year, but produce very little of their own.

IDEX' organisers announced Israeli participation in the expo in October 2020, a few months after the signing of the Abraham Accords which normalised Israeli-Emirati relations.

Israel, however, introduced an effective ban on international air travel last month in connection with the coronavirus pandemic.

Last month, the Biden administration temporarily froze some foreign arms sales, including those of F-35s destined for the UAE. Biden's predecessor, Donald Trump, had used the F-35s as a lucrative 'carrot' to get Abu Dhabi to sign the normalisation of relations agreement. Emirati officials have expressed confidence that the review of the weapons deal was merely "pro-forma."

© Photo : Lockheed Martin
UAE Envoy Says Stopping Israeli Seizure of West Bank, Not F-35s From US, Motivated Israel Peace Deal
Israel, currently the only operator of the F-35 in the Middle East, has expressed concerns over the prospect of the fighter jets being sold to other countries in the region.

The UAE and Bahrain became the third and fourth Arab nations, and the first Arab countries in the Persian Gulf, to normalise ties with Israel. The accords were joined by Sudan and Morocco late last year, with Khartoum rewarded by being removed from Washington's 'state sponsors of terrorism' list, and Rabat receiving consideration for billions of dollars in investment aid. The remaining 16 members of the Arab League continue to maintain no formal relations with Tel Aviv. Palestinian officials, Iran and Syria have accused the countries that normalized ties of "betraying" the Palestinian cause.