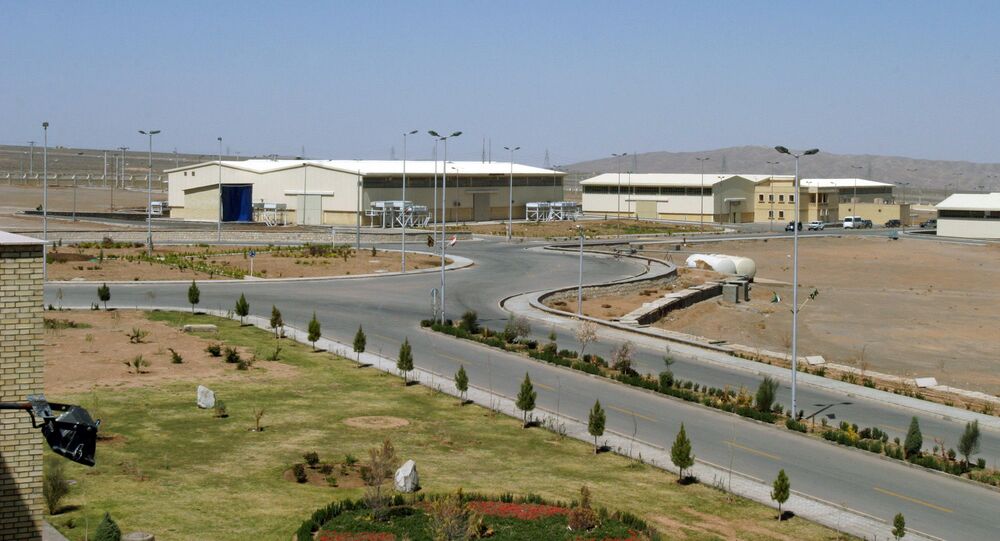 Iran has taken major steps toward the construction of atomic weapons, stressing that these violations of the 2015 Joint Comprehensive Plan of Action (JCPOA) are reversible. Tehran demands that Washington take the initiative to revive the JCPOA after the Trump administration unilaterally withdrew the US from the nuclear agreement in 2018.

Inspectors confirmed that Iran has produced a small amount of uranium metal, a component that can be used in a nuclear weapon, the International Atomic Energy Agency stated on Wednesday, following earlier warnings that the Islamic republic would conduct research and development on uranium metal production.

According to the statement, Iran has produced 3.6 grams of uranium metal at its Fuel Plate Fabrication Plant (FPFP) in Esfahan.

Uranium metal is typically produced from a low-enriched uranium isotope mixture that remains after enrichment. This material can be used both as fuel for atomic reactors producing energy and for nuclear weapons, in particular in the shell of a nuclear warhead.

Under the JCPOA, Tehran committed to not engaging in the production of uranium metal or conducting research and development on uranium metallurgy for 15 years, but recently Iran has walked back its nuclear commitments due to the uncertain future of the nuclear agreement, after the previous US president, Donald Trump, unilaterally withdrew the US in 2018.

The Trump administration announced the withdrawal of the US from the JCPOA in May 2018, quickly reimposing a number of severe sanctions in banking and oil trading on Tehran. Iran had been complying with the treaty during 2019, urging JCPOA members to facilitate the lifting the sanctions as the Islamic republic suffers from high economic losses.

Iran began to slowly derogate from its obligations under the treaty, but radically changed its approach in response to the US assassination of Iranian nuclear physicist Mohsen Fakhrizadeh. Tehran passed a law in December 2020 that includes increasing uranium enrichment and suspending UN inspections of its nuclear plants starting 21 February, if sanctions are not removed.

At the beginning of this year, Iran’s atomic energy organization announced that the country had returned to the practice of enriching uranium to 20 percent at its Fordow Fuel Enrichment Plant, whereas the JCPOA puts a limit on enrichment to 3.67 percent within 15 years.

In addition, in January, Tehran announced its intention to conduct research related to the production of uranium metal, noting that it would be related to the development of an improved type of fuel for power plants.

Tehran has warned that there is little time left for Washington to return to the JCPOA, as Tehran plans to continue taking a harder line to the nuclear treaty provision if the US does not remove sanctions.

The new US administration has repeatedly intimated that Washington is considering a revival of the JCPOA, but Iran insists that the US must take the first step toward negotiations, and remove sanctions, as the US left the treaty first.

Earlier, White House spokeswoman Jen Psaki claimed that the US would return to the agreement if Iran complies with the terms. The US president, Joe Biden, also noted that Washington would not remove trade restrictions until Iran stops enriching uranium.