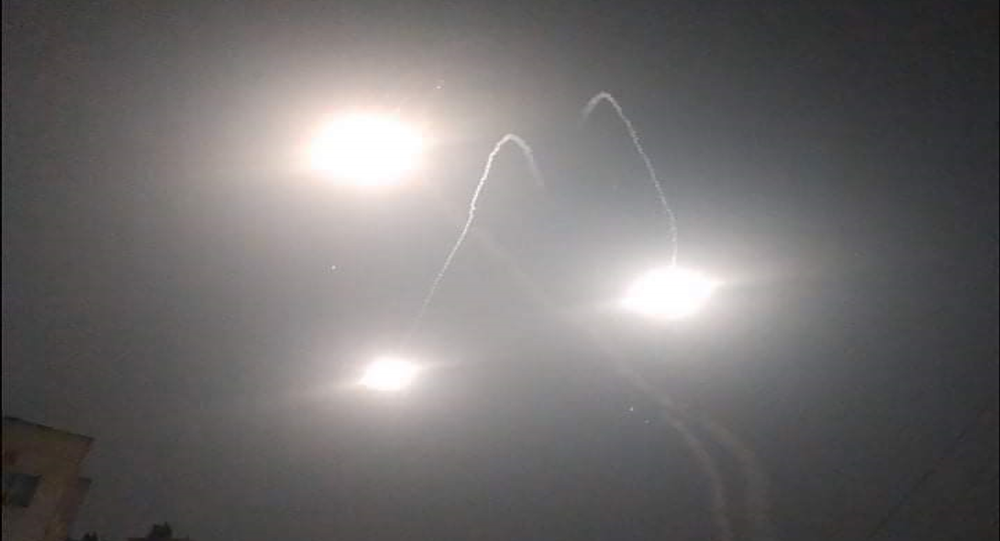 The ancient city of Aleppo was heavily damaged in years of fighting between Syrian government forces and Islamist militias, with the 2016 operation to free the city compared to the liberation of Stalingrad in World War II.

A Syrian journalist from the Arab News Agency has reported explosions in the vicinity of the city of Aleppo near the Hamdaniya Highway.

Unverified amateur footage and photos said to have been taken from the scene show what look like fireballs or flares in the sky over the city.

Unidentified explosions on #Alhamdaniya highway in the city of #Aleppo. pic.twitter.com/BBBxqKfhCK

Syrian media have issued conflicting reports on the incident, with some indicating that explosions were triggered by the military detonating jihadist bombs and simultaneous air-to-air combat training by the Syrian Air Force, while others said that they may have been caused by a technical issue at a local military academy.

No casualties or fatalities have been reported in the wake of the incident.

Other footage and images, said to have been filmed and snapped in Al-Bab, a city situated about 40 km northeast of Aleppo City, shows fires raging on the ground amid reports of strikes on a fuel depot by missiles or unidentified drones. Al-Bab is under the control of Turkish-backed opposition forces who dub themselves the "Syrian Interim Government." The Syrian military is known to regularly engage in fighting with these militias.

Unidentified drones target oil burners in the village of Tarhine on the outskirts of Al-Bab city, east of Aleppo pic.twitter.com/cbn6E1L2sC

It's not immediately clear whether the two incidents are in any way connected.

First settled around the year 5,000 BC, Aleppo is Syria's second-largest and second-most significant city after Damascus, with an estimated population of 1.9 million in 2020. Before the war, the city was Syria's largest, with a population of about 4.6 million. Aleppo has been a major industrial and manufacturing hub for centuries. Much of the city's industry was looted or destroyed during the war.

Aleppo's reconstruction began shortly after its liberation from jihadist militias in late 2016, and continues to this day. These efforts have been made difficult, however, because Syria's oil resources, the country's largest source of export earnings, remain mostly under the control of the US and its Syrian Kurdish militia allies, who smuggle the black gold abroad after extracting it from fields in the country's northeast.