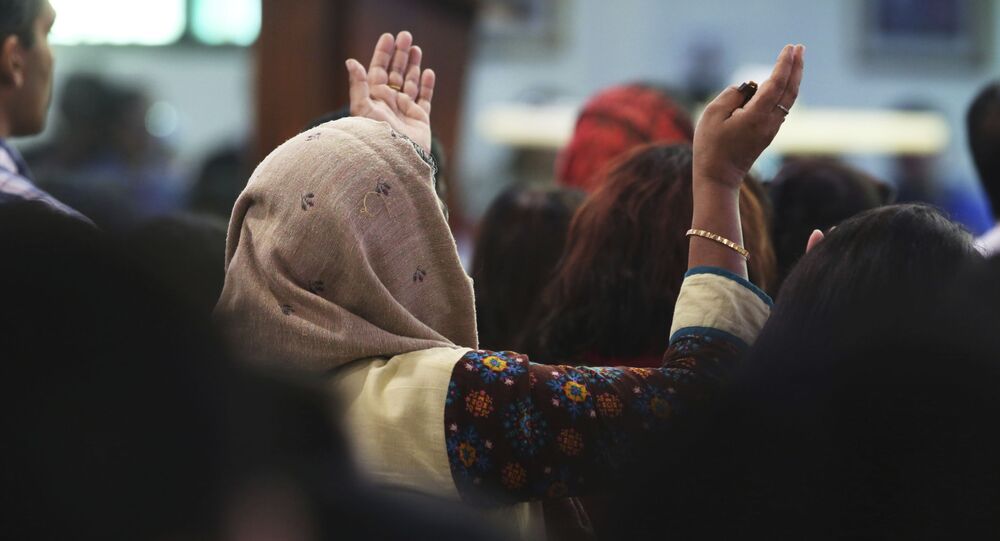 UAE to Open Temple of Three Abrahamic Religions in 2022

While Islam is both the official and the majority religion in the United Arab Emirates, the nation's Constitution champions freedom of religion, and there are many places of worship for different religions throughout the country.

The UAE ambassador to Russia, Mohamed Ahmed bin Sultan Al Jaber, announced on Monday that a temple of three Abrahamic religions will be erected in the capital city of the United Arab Emirates, Abu Dhabi, in 2022.

"In 2022, it is planned to open a temple of three world religions in Abu Dhabi - Islam, Christianity, Judaism. It will be called 'Abrahamic Family House'", the ambassador said during an event in Moscow's Jewish Museum and Tolerance Center.

The religious complex will be a place for worship, dialogue and education, aiming to bring people of every religion closer to each other.

When revealing the plans, Al Jaber outlined the similarity between Russia and the Emirates, as both countries welcome different ethnicities and diverse religions.

In the UAE, Islam is both the official and the majority religion, with around 76% of the country's population following the teachings of the Koran. The country's Constitution, however, champions freedom of religion and has various places of worship for other religions, including Christianity, Judaism, and other faiths.

The religions known as Abrahamic share a monotheistic vision, with the three major religions - Christianity, Judaism and Islam - tracing their origins to the first two sons of Abraham, Isaac for the first two and Ishmael for the latter, respectively.

Judaism is No Exception: Tolerance Towards Other Religions is in UAE's DNA, Local Rabbi Says