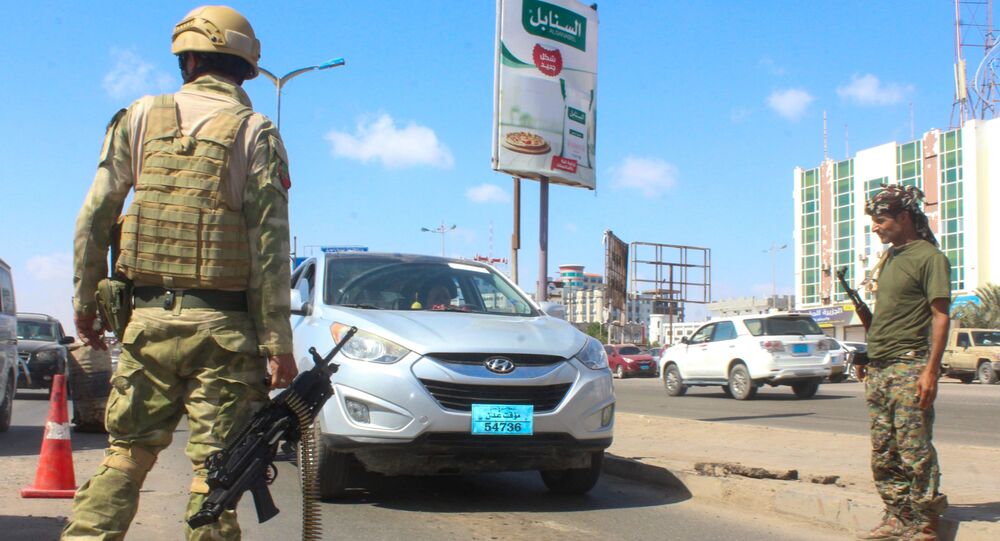 Biden is expected to make the relevant announcement in his major foreign policy speech that he will deliver later in the day at the State Department. This comes as reports emerged earlier that the president would appoint veteran diplomat Timothy Lenderkin as his special envoy for Yemen.

US Air Force
US Looking to Build New Saudi Arabia Bases as Biden Pressured to End Support for Riyadh’s Yemen War
US President Joe Biden will announce in his speech at the State Department the end of America's support for operations in Yemen, US National Security Adviser Jake Sullivan said Thursday.

The termination of US support in the Yemen conflict will therefore fulfil one of Joe Biden's presidential pledges.

During his speech, Biden will reportedly pick Timothy Lenderkin to serve as his special envoy for Yemen, who will be tasked with encouraging the warring sides to take steps toward a ceasefire.

Yemen has been embroiled in a prolonged conflict between government forces led by President Abd Rabbuh Mansur Hadi and the Houthi rebels since 2014.

© AP Photo / Hani Mohammed
Houthi rebel fighters display their weapons during a gathering aimed at mobilizing more fighters for the Iranian-backed Houthi movement, in Sanaa, Yemen, Thursday, Feb. 20, 2020. The Houthi rebels control the capital, Sanaa, and much of the country’s north, where most of the population lives. They are at war with a U.S.-backed, Saudi-led coalition fighting on behalf of the internationally recognized government.

The United Nations considers Yemen the world’s worst humanitarian crisis, with more than 80 percent of the population, or 24.1 million people, in need of assistance.

The US Department of State earlier initiated a review of the designation of the rebel Houthi movement as a terrorist organisation - a step undertaken by the outgoing Trump administration in early January.