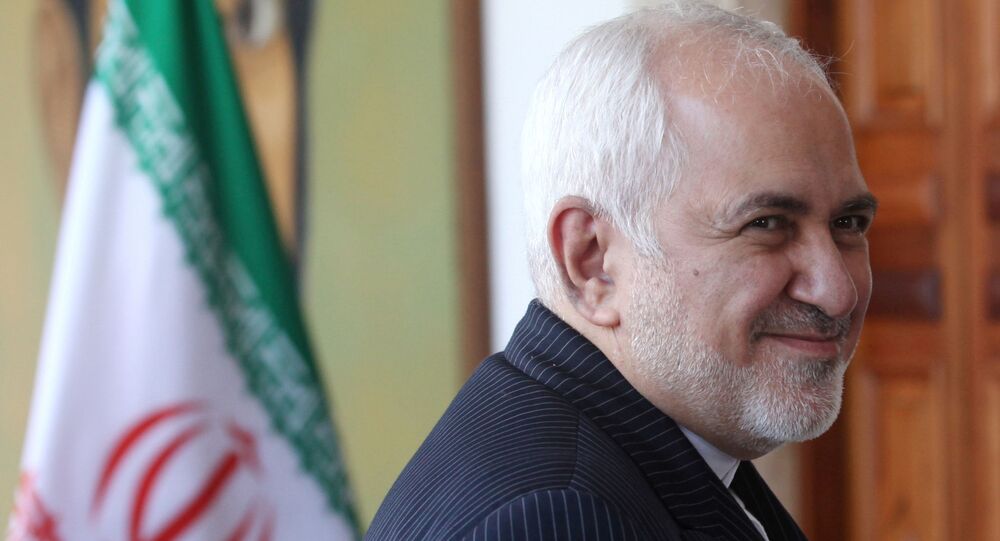 This is the first major victory for Tehran in a case that was filed back in 2018, when the administration of Donald Trump unilaterally withdrew from the Iran nuclear deal and slapped sanctions on the Islamic Republic.

Iran's Foreign Minister Javad Zarif praised the decision of the International Court of Justice (ICJ) to dismiss all US objections to reviewing Tehran's bid to lift American economic sanctions as a "legal victory" for the Islamic Republic. Zarif once again slammed the US sanctions as "unlawful" and stressed that unlike Washington, Iran has always honoured its international obligations.

"Iran has always fully respected international law. High time for the US to live up to its international obligations", Zarif said on Twitter.

Tehran asked the ICJ to look into the legality of the American sanctions in 2018, the same year President Donald Trump withdrew his country from the Joint Comprehensive Plan of Action (JCPOA, also known as Iran nuclear deal) and slapped the Islamic Republic with sanctions. Tehran insisted that the US had violated the Treaty of Amity, Economic Relations, and Consular Rights signed in 1955. The ICJ ruled that Washington had to lift sanctions that affected the import of humanitarian goods and wares related to the safety of civil aviation. In response, then-Secretary of State Mike Pompeo announced that the US was terminating the 1955 treaty.

© AP Photo / Vahid Salemi
In this Tuesday, June 16, 2020, photo, a nurse prepares medicines for COVID-19 patients at the Shohadaye Tajrish Hospital in Tehran, Iran. After months of fighting the coronavirus, Iran only just saw its highest single-day spike in reported cases after Eid al-Fitr, the holiday that celebrates the end of Ramadan.

Despite the US refusal to abide by the court's ruling, the ICJ continued to review Iran's complaint further. Tehran filed another complaint with the UN court in 2020 over the impact of the American sanctions on the situation with the coronavirus pandemic in the country. The Islamic Republic repeatedly condemned the US economic measures for limiting the country's ability to import medicine and medical equipment to fight the disease, while Washington claimed it allowed humanitarian sales to Iran.

The US rhetoric towards Iran and sanctions has shifted under the Joe Biden administration, which expressed readiness to return to the nuclear deal. However, Washington has so far not taken any steps in that direction, but has demanded that Tehran return to compliance first.

Since May 2019, Iran has been gradually withdrawing from its JCPOA commitments, citing the fact that due to the sanctions, it is no longer benefitting from the accord. In the last move in December 2020, Tehran boosted its uranium enrichment capabilities to 20% after having already lifted the limits on the maximum stockpiled nuclear fuel volume. The Islamic Republic refuses to agree to Washington's demands to return to compliance with the deal. Foreign Minister Javad Zarif pointed out that since the US was the first to violate the accord, it should be the first to return to compliance, adding that Iran will not be taking the "first step" like Washington is demanding.