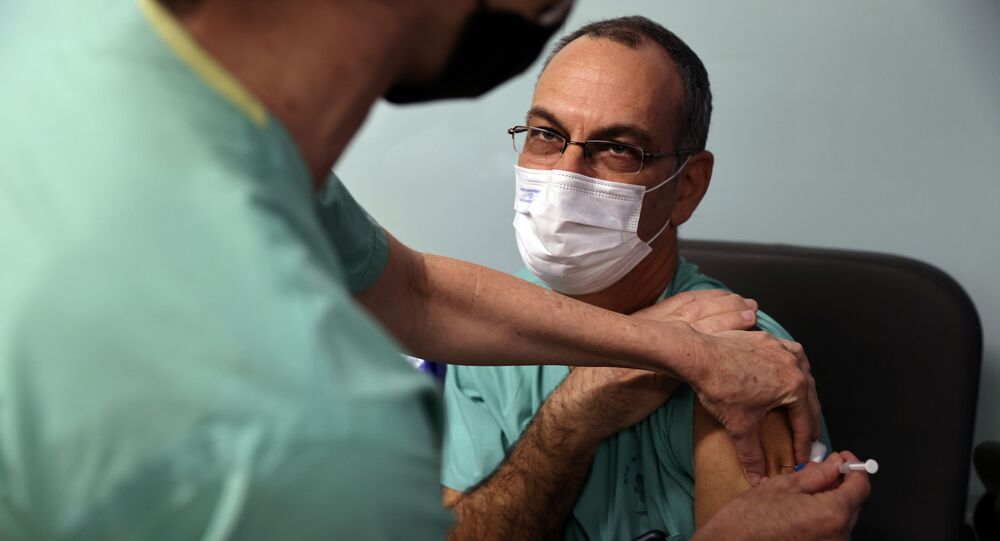 Israel has become a world leader in vaccinations for SARS-Cov-2, with about 2.5 million of its nine million citizens receiving at least one of two required vaccine jabs by late January. Last week, Covid commissioner Dr. Nachman Ash complained that the protective effect of the first dose of Pfizer/BioNTech’s preparation was lower than advertised.

Receiving both doses of the coronavirus vaccine is no guarantee of “bulletproof” protection, with those who have been vaxed still having about a 10 percent of being infected, Dr. Ran Balicer, chairman of the Israeli government’s National Expert Advisory Panel on Covid-19, has said, speaking to Israeli Public Broadcasting on Monday, his remarks quoted by the Jerusalem Post.

The official did not specify the source of his figures, with Pfizer reporting a vaccine effectiveness rate of between 92 and 94 percent, and Health Ministry statistics cited by Israeli media Monday showing that 473 people over the age of 60, and 231 under the age of 60 have been infected after receiving two vaccine doses to date after 993,401 people got the shots, for a total post-jab infection rate of 0.06 and 0.07 percent, respectively.

Tel Aviv signed deals with Pfizer and Moderna to provide the shots for the country's national inoculation campaign, paying out $315 million to the two pharmaceutical companies for their two-shot preparations, with $245 million of that going to Pfizer and $101 million to Moderna. Pfizer has committed to shipping about 10 million doses of its vaccine to Israel by the end of next month, with Moderna to send 6 million doses to the Middle Eastern nation.

The government hopes to inoculate at least five million Israelis by the end of March.

As in other countries and regions, Israel’s vaccine rollout hasn’t been entirely smooth, with the country’s coronavirus czar reporting lower-than-expected vaccine efficacy last week, and warning that the jabs might not protect against new strains of the virus. Before that, Israeli media reported that at least 13 Israelis had suffered mild facial paralysis after getting stuck with the Pfizer vaccine.