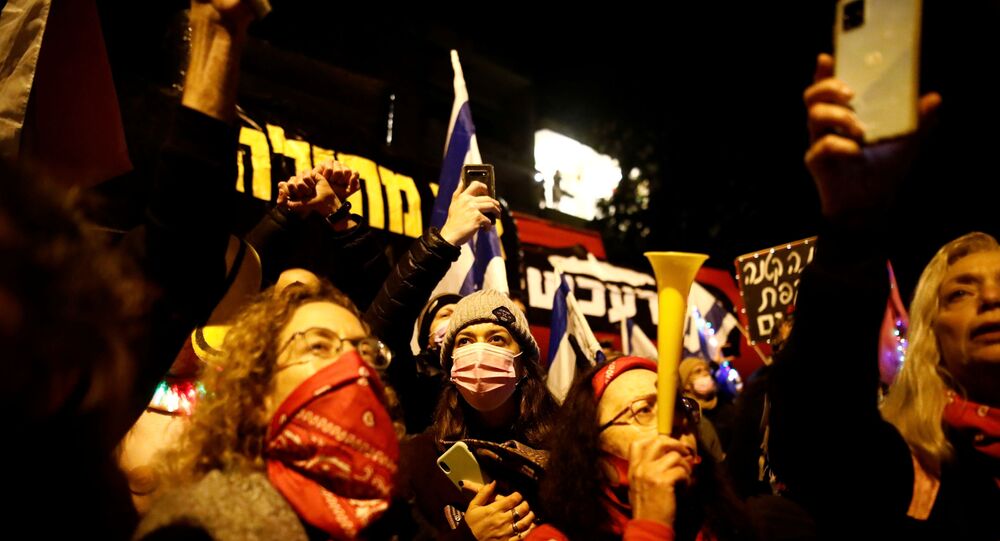 "The demonstration is being held near the House of the Prime Minister on Balfour Street in Jerusalem. Protesters tried to start a riot there, as a result of which a police officer was injured," Zingerman claimed.

According to police, demonstrators organized an unauthorized march toward the residence of the prime minister in Jerusalem on Saturday, breaking through police cordons and clashing with law enforcement. At least two protesters were reportedly arrested.

Another five demonstrators were detained at another protest in Jerusalem, where residents of Israeli settlements in the West Bank were calling for an investigation into the death of Ahuvia Sandak, a 16-year-old killed in a car crash in December 2020 while fleeing police after allegedly throwing rocks at Palestinians.

Protests calling on Israeli prime minister to step down continue regularly on weekends, despite the ongoing coronavirus pandemic as many in the country accuse Benjamin Netanyahu of mishandling the coronavirus pandemic in Israel, which has led to an economic crisis in the nation.