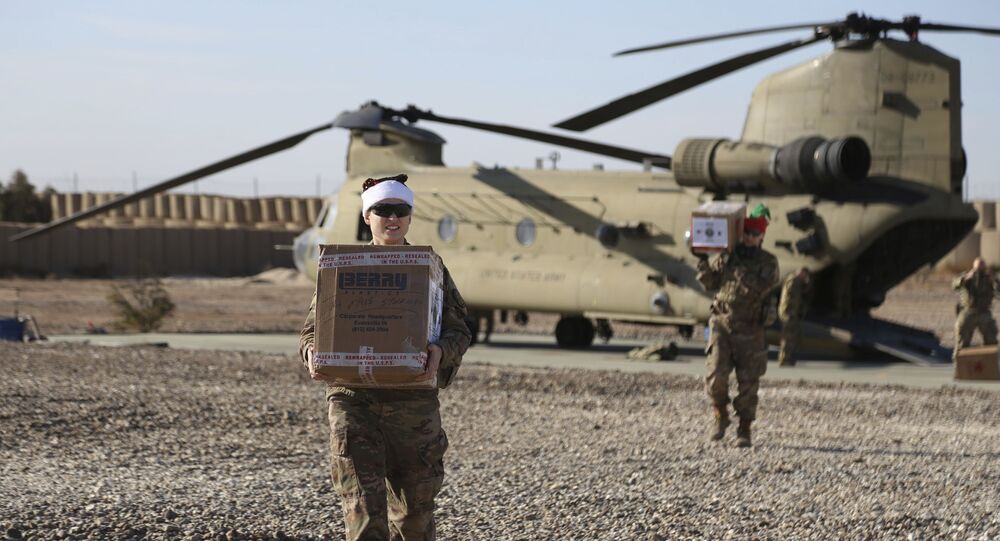 Former US President Donald Trump repeatedly promised to withdraw American troops from "endless wars", specifically the ongoing Syrian civil war, but failed to deliver on his promise. Instead, he reduced the US contingency in the Arab republic, leaving a small number of soldiers under the pretext of "keeping the oil".

US forces deployed in Syria have started building a new base in eastern province of Hasaka, currently controlled by the Kurdish Syrian Democratic Forces (SDF), SANA reported, citing anonymous local sources. According to the source, American troops first moved 10 personnel carriers to the town of Malikiyah, in the northeast of Hasaka and later to al-Yaroubia, located near the Iraq border.

The new military base is reportedly being built near Tal Alou, northwest of al-Yaroubia, SANA reported. The US has brought materials and military equipment to the site of the new base, according to the media.

The reason for the reported base's construction remains unclear. American troops deployed in Syria without a UN mandate and against the will of Damascus are staying in Kurdish-controlled territories under the pretext of defending local oil extraction facilities from being captured by remaining terrorist forces. That position has not changed even though Washington previously proclaimed victory over local Daesh* forces.

Trump repeatedly promised to withdraw all US troops from Syria, but failed to fulfill the promise, leaving a small contingency under the pretext of "keeping the oil". It is unclear what policy the new Biden administration will exercise toward Syria.

American troops in the region are not only "keeping" the oil, but also helping the Kurdish forces to extract and sell it, according to reports. Washington claims that all proceeds from those particular oil sales land in the pockets of the Kurds. Damascus, however, considers the actions of the US a theft of national resources and strongly condemns the American military presence. The Syrian government has indicated repeatedly that the actions of Washington violate international law.