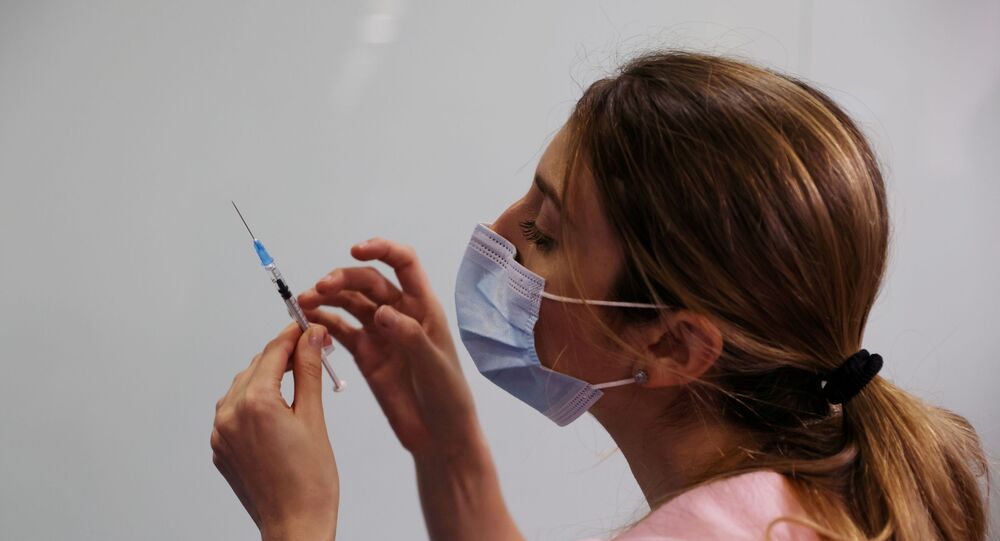 With Israel Still Leading in Pace of Vaccination, Palestinians Have Yet to Receive Their First Jabs

Five thousand doses of Sputnik V were supposed to arrive in the PA last week but the transfer was halted due to logistical difficulties. Once they do arrive, Ramallah plans to start vaccinating its medical personnel first, succeeded by the elderly and only then the entire Palestinian population.

While Israel has already vaccinated nearly 2.5 million out of its nine million citizens, the Palestinian Authority is falling far behind.

The first batch of 5,000 Russian Sputnik V vaccines are set to arrive in the PA within days, after the first date for the delivery - that was set for last week - was pushed back, due to logistical difficulties.

Ramallah is hoping that four million doses of the Russian vaccine will be used to vaccinate two million people, and Dr. Kamal al-Shakhra, director of First-Aid and Healthcare Departments at the Palestinian Authority's Ministry of Health, says the inoculation will be brought to the PA in stages, something that will force his government to prioritise those who get the jab first.

"At the first stages, we are planning to vaccinate all our medical staff, whether in the West Bank or the Gaza Strip," said the official. "Then, we will move to inoculate the elderly people, and only then it will be the turn of ordinary citizens," he added.

According to estimates, the population of the West Bank and the Gaza Strip total some five million people, and that means that the provision of Sputnik V will not be enough to vaccinate the entire Palestinian population.

To solve that problem, Ramallah has been in touch with a number of other providers. In the beginning of January, it was announced that the PA would get the vaccines of the British pharmaceutical company AstraZeneca, as well as provisions from US-based Moderna.

The PA does not have the money needed to pay for those vaccines. 2020 has been an exceptionally difficult year for the Palestinians, whose funding has been significantly damaged by the coronavirus pandemic and the economic hardships it unleashed as well as by the decision of several donor states (including the US, the UAE and Saudi Arabia) to cut their financial assistance to Ramallah.

This is the reason why the 5,000 portions of Sputnik V vaccines will be given as a donation; others will also be delivered free of charge.

"There are many donor countries [that will help the PA to fund the vaccination campaign]. In addition, inoculations will also come from the World Health Organisation," said al-Shakhra.

Once they reach the PA, the vaccines will be administered in special health centres dispersed across the West Bank and the coastal enclave. At times, jabs will be given at people's homes to cater to the elderly population that is unable to reach the various vaccination hubs.

Reports suggest that the PA will receive Sputnik V vaccines by March and al-Shakhrah is excited at the opportunity to administer the world's first vaccination to the Palestinians.

"The entire world saw how effective the Russian vaccine was. It is safe and helpful and we are ready to receive it," he summed up.