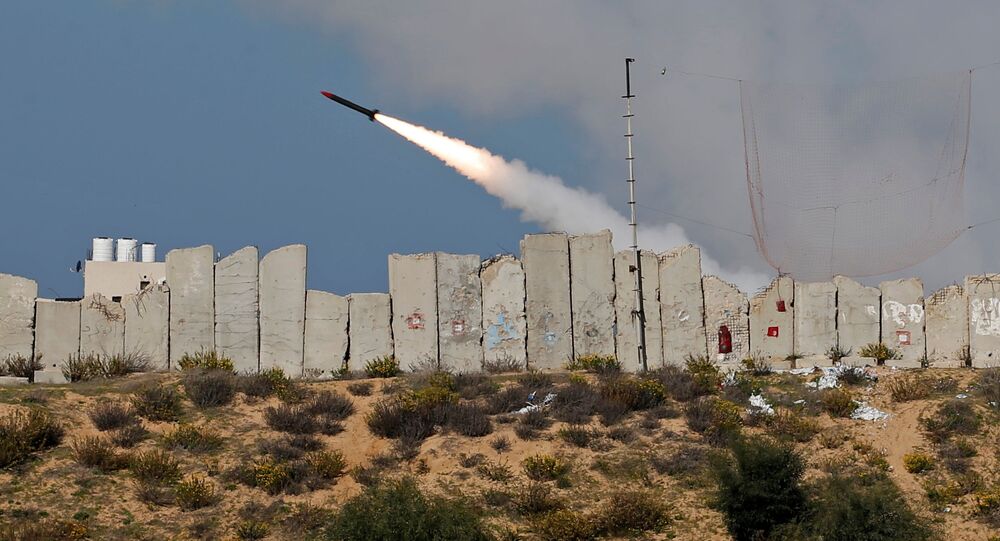 The blast on Saturday followed an incident when two rockets were fired from the Gaza Strip toward Ashdod, both landing in the sea off the coast of the southern Israeli city, prompting the IDF to retaliate by bombing sites where Hamas was allegedly digging underground tunnels in southern Gaza.

An explosion was reported on Saturday morning in a building in Beit Hanoun in the north of the Palestinian territory, with multiple people said to have sustained injuries, reported AFP.

While there were no immediate reports of fatalities, Palestinian reports suggested 36 people were injured in the blast, the cause of which was not immediately clear.

​Reports and photos from the scene indicated a house was destroyed by the blast, and several others damaged, with Hamas, the organization that runs the Gaza Strip, saying it was investigating. The explosion was in the home of a Hamas operative, according to Ynet News.

What terrorists in Gaza tried to do this morning:
•prepare explosives to attack Israel.

What terrorists in Gaza actually did this morning:
•cause an explosion in a civilian area inside Gaza. pic.twitter.com/sDibzoDiAK

​Pictures were posted to Twitter by the Israel Defense Forces (IDF) showing the damage caused by the blast, as the Israeli military has claimed that the explosion was the result of militants "storing weapons in residential homes".

Houses "have been turned into warehouses for weapons... and missiles for terrorist organisations, and those who pay the price in the end are innocent civilians", tweeted the IDF military's Arabic-language spokesman, Avichay Adraee.

​Similar blasts have ostensibly been caused by accidents when operatives in the territory built bombs or otherwise handled explosives, insisted the IDF.

“The story of this house is the story of many homes in the Strip. They have been turned into warehouses for weapons, military parts and missiles for terrorist organisations, and the people who pay the price in the end are the innocent civilians,” tweeted Avichay Adraee.

The blast followed an incident two days ago when reports said that two rockets were fired from the Gaza Strip toward the southern Israeli city of Ashdod, with IDF jets targeting alleged Hamas sites in response, despite no clear indication where the strikes had originated from.