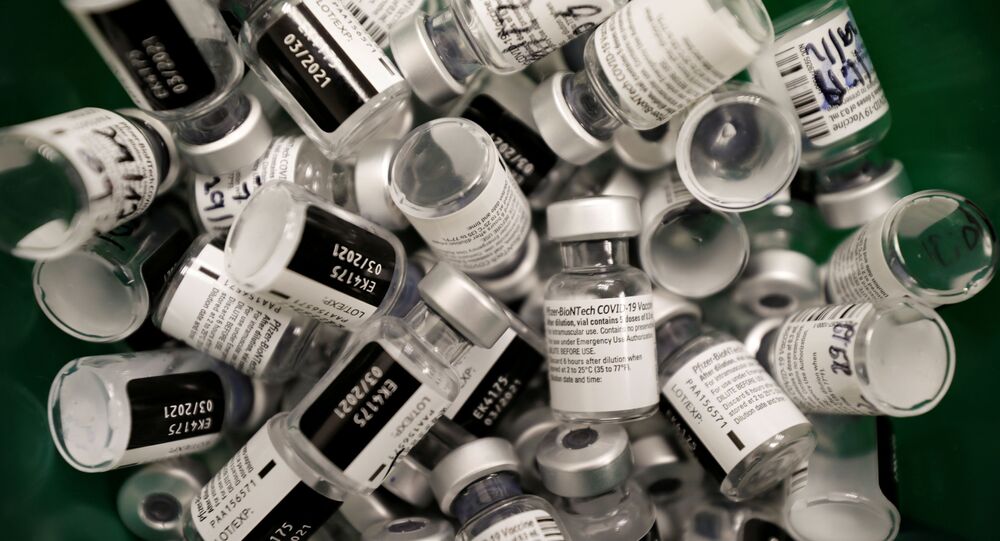 As Israel Sets Pace With Vaccination, MP Explains Why It's Not a Success Story For Country's Arabs

Israel has vaccinated more than 2.2 million people so far. Only a small proportion of them, however, have been Arabs, and a parliamentarian says it has to do with the lack of facilities in Arab localities, the absence of significant campaigns and their distrust of the system.

Israel has vaccinated more than 2.2 million people so far. Only a small number of them have been Arabs, and a parliamentarian says it has to do with the lack of facilities in predominantly Arab neighbourhoods and communities, the absence of significant campaigns and their distrust in the system.

The mass vaccination project is still underway in Israel, with the country vaccinating more than 2.2 million out of its population of 9 million.

The largest chunk of inoculations was registered on Tuesday and Wednesday, with more than 200,000 people getting the first jab.

But for Dr. Yousef Jabareen, an Israeli parliamentarian from the Joint Arab List, Israel's mass vaccination project is far from being a success story, simply because it failed to get the country's Arab population committed to the goal of being vaccinated.

According to reports, only 130,000 Arab Israelis have been vaccinated so far; 45 percent of those over 60 agreed to be given the inoculation, a significantly low number compared to 74 percent among the Jewish population of Israel.

Jabareen says these statistics don't surprise him and pins the blame on the government for not distributing the vaccines evenly.

A similar problem has also been observed by Israel's Health Maintenance Organisations (HMO's).

Israel currently has four major HMOs, some of which have hundreds of clinics across the country.

Clalit is considered Israel's largest health maintenance organisation. Some 70 percent of Arab Israelis are its members but despite these impressive numbers, only 10 of the HMO's 145 clinics are located in Arab towns and cities.

© REUTERS / AMMAR AWAD
As Israel is Hailed as Leader of Vaccinations, Professor Looks Into Reasons Behind Its Success
Although the uneven distribution of resources frustrates Jabareen, he also says the lack of drive in getting a vaccine among Arabs is attributed to the "lack of awareness and the lack of government-sponsored campaigns in Arabic" that would encourage people to get a jab.

Since the beginning of Israel's mass vaccination project that kicked off in December, social media platforms have circulated many myths and fake news about the vaccine, including allegations that it could alter a person's DNA and that it could lead to serious fertility problems.

The Ministry of Health launched an impressive campaign to fight those myths, but Jabareen says that that was not enough and that the message did not reach the Arab audience.

Distrust in the System

The reluctance to embrace that message and listen to the call of the authorities to get vaccinated is attributed to Arab's lack of trust in the government, says Jabareen.

"The government abandoned the Arab society and discriminated against Arab citizens throughout dozens of years, and this discriminatory policy has deepened during the coronavirus crisis," he suggests.

Just like other Israeli citizens, those living in Arab communities have been hurt by the pandemic. Many lost their jobs and were forced to rely on the government for assistance.

Businesses have gone bankrupt and educational institutions stopped functioning, pushing students to study remotely, something that has proven to be difficult over time because of lack of computers in many households.

"The management of COVID-19 crisis was a huge failure and the Arab citizens suffered a lot as a result of it. To regain that trust, the government will need to give more resources to the Arab localities, establish more vaccination stations and launch a dedicated campaign in Arabic to draw people to get a vaccine", explains the parliamentarian.

Jabareen says he is committed to advance those goals and promises to continue touring Arab localities to raise awareness and encourage people to get vaccinated so that life "can finally go back to normal".