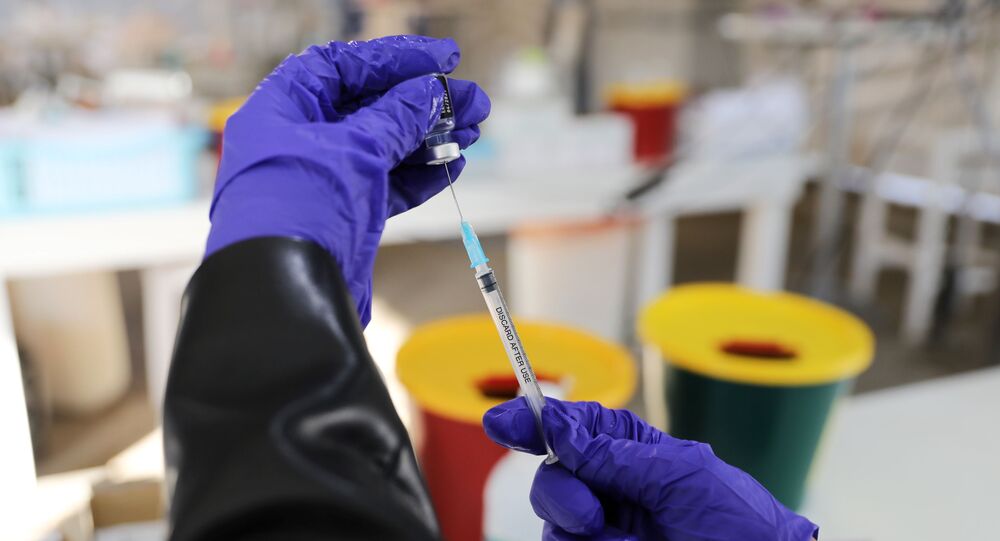 As Israel is Hailed as Leader of Vaccinations, Professor Looks Into Reasons Behind Its Success

Health maintenance organisations and their clinics are dispersed all across Israel, making the process of vaccine distribution much easier and more efficient.

Israel, with a total population of nine million, has already vaccinated more than 2.2 million people, and Prime Minister Benjamin Netanyahu is promising more inoculation doses are on the way.

For many countries struggling to efficiently distribute the vaccines they have, Israel is a success story. Some European politicians have even called the Israeli PM asking him for advice on how to get their mass vaccination projects off the ground.

Efficiency of the System

Professor Cyrille Cohen, head of the Immunotherapy Laboratory at Bar Ilan University and a member of the Advisory Committee for Clinical Trials of Coronavirus Vaccines at the Ministry of Health, says Israel's success is simple and lies within its "impressive network of health maintenance organisations" (HMOs).

Israel has four main HMOs, each of which possesses hundreds of clinics across the country.

© REUTERS / RONEN ZVULUN
Doctor Guy Choshen, director of the COVID-19 ward in Ichilov Hospital, gets his second vaccination injection against coronavirus disease at the hospital, in Tel Aviv, Israel January 10, 2021

According to the country's laws, every citizen is supposed to belong to one of those organisations and the practical meaning of this is that the health of each Israeli is taken care of by a special body that has an impressive amount of data on each person, including their medical history, operations, and treatments.

"These HMOs have been here for ages but 25 years ago the Israeli government decided to computerise everything. What it did was make medical data easily accessible for doctors, whereas citizens knew who to approach for assistance, and now, for inoculation", Cohen explains.

Although the mere existence of HMOs has proven to be efficient, another factor contributing to the success of the mass vaccination project is the competition between the various organisations and their attempt to go head-to-head with Israel's hospitals which have also embarked on their own inoculation mission.

"Each one of those healthcare providers decided to put a lot of emphasis on their customers and the service they give them", Cohen says, suggesting that that race accelerated Israel's vaccine distribution process.

But despite the impressive results, Cohen says Israel is still facing several difficulties, the primary one being uncertainty.

"It is difficult to plan ahead when you don't know how many vaccines we will be getting, or when they will be reaching Israel. This is why we needed to revise our plans almost on a daily basis, adapt to the changing reality, and prioritise those who would be getting the inoculation first".

That uncertainty, however, is far from being Israel's only headache. In December, when the mass vaccination project was undertaken, a survey found that 33 percent of Israelis didn't want to get the jab. Shortly thereafter, it was reported that ten percent of those who had already received their first portion of the vaccine, didn't show up for their second shot.

Ultra-Orthodox and Arab communities have proven exceptionally difficult, and apart from many still not adhering to restrictive measures set by the government, they also openly say they won't get vaccinated, putting Netanyahu's ambitious project at risk, and potential herd immunity at bay.

© AP Photo / Maya Alleruzzo
Second Dose in Doubt After Pfizer Vaccine Reportedly Leaves Around a Dozen Israelis With Facial Paralysis
Part of the reason behind that reluctance, says Cohen, is the huge amount of rumours surrounding the Pfizer vaccine.

Over the past several months social media networks circulated several allegations about the side effects of the vaccine, including that it affected women's fertility, damaged people's DNA, and led to severe health complications. All were refuted by Israel's Ministry of Health.

That, however, wasn't enough and as people remain reluctant to take the vaccines, Cohen says the country will have to put lots of effort into convincing those who refuse to get inoculated.

"We need to think how to convince them to reach that stage of herd immunity. Now the amount of people who are wary of the vaccine is lower than before, standing at about 10 percent, but we will still need to do a lot of convincing".

Cohen projects that by March five to six million Israelis will be vaccinated but that will largely depend on their acceptance to do so, on the Israeli government securing enough vaccines, and on whether there will be new, and perhaps more resilient, strains of the virus.