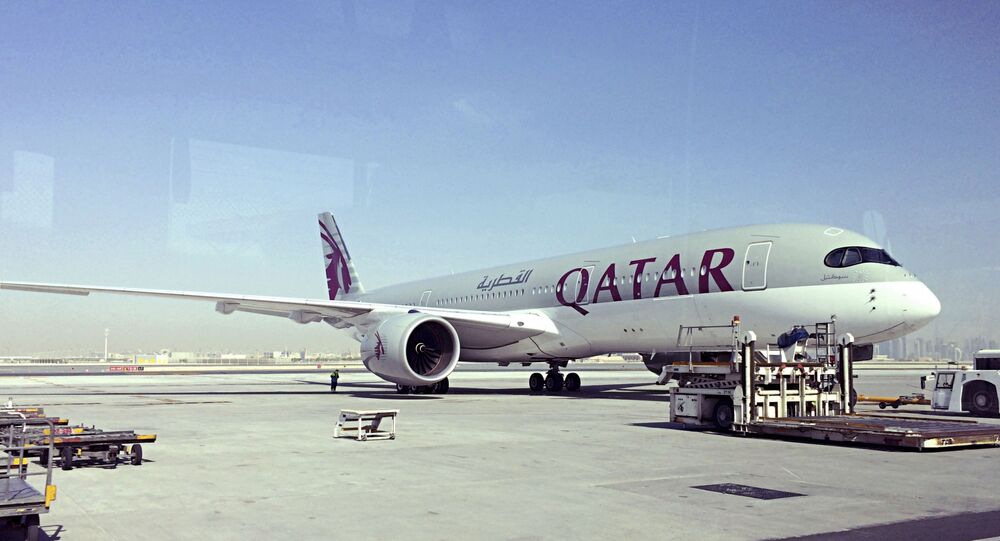 DOHA (Sputnik) - Qatari and Egyptian diplomats and security service representatives will soon hold talks on the resumption of cooperation and the completion of the construction of Qatari projects in Cairo, sources told Al Arabiya TV channel.

"The resumption of direct flights from Qatar to Egypt is the first step towards restoring relations between the two countries, after which a series of coordination meetings between diplomats and representatives of security services will soon follow for resumption of cooperation," the sources said.

At a summit of the heads of the Arabian monarchies held in Saudi Arabia in early January, with the participation of the Egyptian foreign minister, they agreed to resume relations with Qatar that had been severed more than three and a half years ago, end a transport blockade, and restore trade and economic ties. After that, Qatari companies, whose projects in Egypt were frozen during this period, received permission to complete their construction.

The Egyptian Ministry of Civil Aviation said Tuesday that the country's authorities, following Saudi Arabia, the United Arab Emirates and Bahrain, which earlier lifted Qatar's blockade, decided to open the country's airspace to Qatari aircraft from midnight on January 12. Aircraft from Qatar have received permission to cross Egyptian airspace and land in its airports.

Egypt, along with Qatar's three neighbors, broke off diplomatic relations with Doha in June 2017, accusing Qatar of supporting terrorism. Qatar denied the accusations and refused to comply with the demands of Arab countries, including the closure of the world-famous TV channel Al Jazeera, for its support in its airing of movements associated with political Islam.