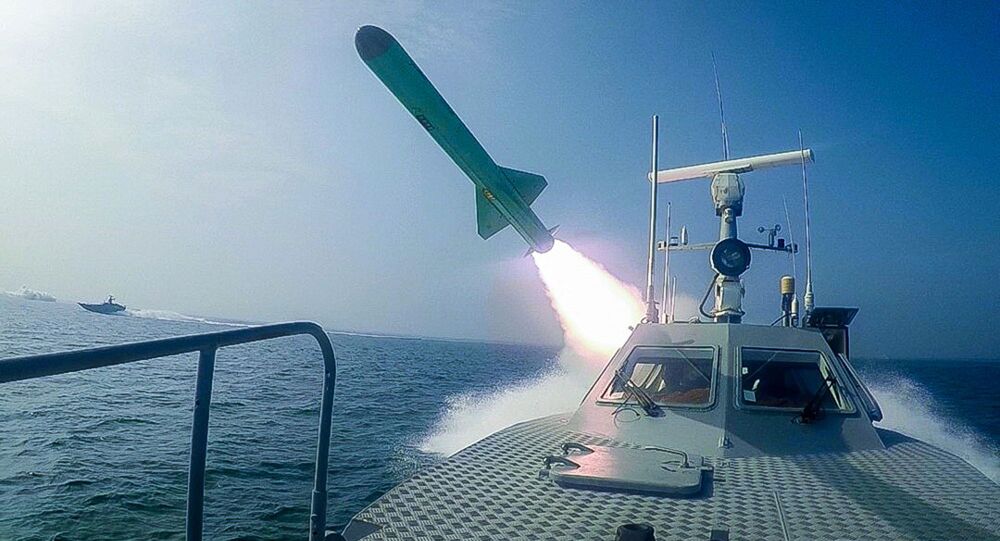 Late last week, Iran's Islamic Revolutionary Guard Corps (IRGC) unveiled a new top-secret underground missile base located near the Gulf coast, which was touted by IRGC Commander-in-Chief Hossein Salami as something that would help "boost the country's deterrence power".

Rear Admiral Alireza Tangsiri, the commander of Iran’s Islamic Revolution Guard Corps (IRGC)’s Navy, has stated that the Islamic Republic “has full control” of the Persian Gulf and that it “dominates the entire waters”.

“The permanent presence of the Basij [paramilitary] force has provided us with adequate manpower to have complete control of the region. At the same time, we monitor all developments using electronic and electro-optic systems”, Tangsiri said in televised remarks on Sunday, claiming that the Gulf is in “full security”.

The rear admiral pointed out that Iran's Navy keeps a watchful eye on all foreign forces as they enter the Strait of Hormuz, adding, ”they never enter our [territorial] waters and are constantly monitored until they get out [of the Gulf]”.

He also insisted that the US “has no option but to withdraw from the Gulf region”, which is “a home” to Iran and “Muslim countries on the southern rim” of the area.

The remarks followed Tehran revealing last week the existence of a new top-secret underground missile base belonging to the IRGC Navy, which IRGC Commander-in-Chief Hossein Salami said was "one of several bases housing the Guards' Navy's strategic missiles”.

Salami added that the facility would help strengthen Iran’s “deterrence power", and protect "the territorial integrity and independence of the country and the achievements of the Islamic Revolution" against any possible aggression by Tehran’s foes.

This came after Iranian government spokesman Ali Rabiei warned the US in late December against “extraterritorial adventurism" aimed at militarising the Gulf.

The statement was preceded by the US Navy’s announcement that its Ohio-class nuclear-powered submarine the USS Georgia and accompanying cruisers had crossed the Strait of Hormuz.

This show of force took place amid rising US-Iranian tensions on the eve of the first anniversary of the assassination of the head of the Islamic Revolutionary Guard Corps' (IRGC) Quds Force, Qasem Soleimani, who was assassinated in a US drone strike near the Baghdad International Airport on 3 January 2020.

© AP Photo / U.S. Navy
Iran Slams Spike in US Military Activity in Persian Gulf as 'Show of Defiance & Fear'
In December 2020, the US deployed a missile submarine with up to 154 Tomahawk cruise missiles on board in the Gulf, after Washington accused Iran of staging a rocket attack on the US Embassy compound in Baghdad, a claim that was vehemently rejected by the Islamic Republic.

The Tehran-Washington tensions have been on the rise since May 2018, when President Donald Trump announced Washington’s unilateral withdrawal from the 2015 Iran nuclear deal, also reinstating harsh economic sanctions against the Islamic Republic.