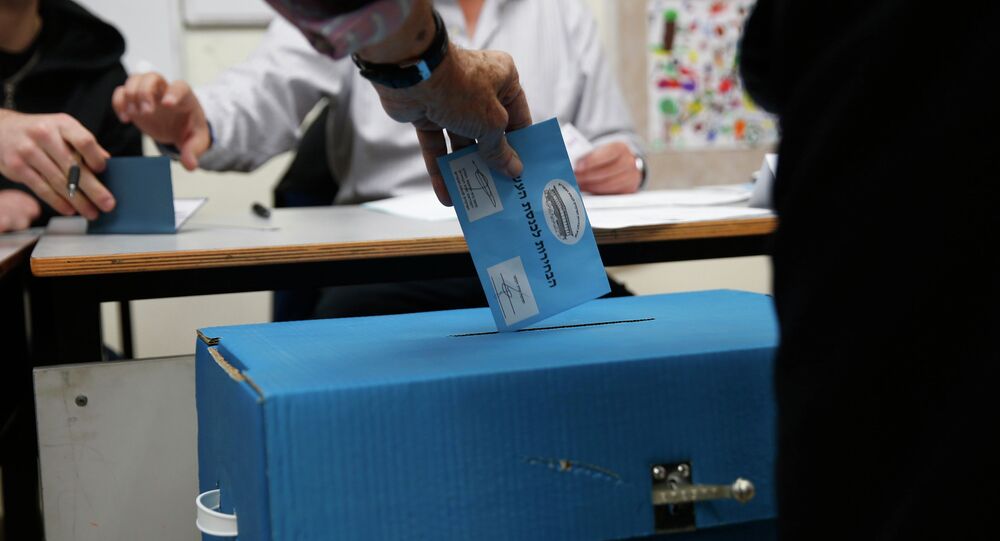 50 Shades of Israel's Left? Here's What Country's Liberal Circles Have to Offer

Israel is set to head to the polls on 23 March, when dozens of parties will go head-to-head to secure spots in the 120-seat parliament. This time around the Jewish state’s liberal circles have a variety of lists to choose from.

Unlike previous elections that almost lacked lists associated with the left, the upcoming Israeli polls, set for 23 March, will present at least five parties that will go head-to-head with one another over what amounts to roughly 40 seats in the Israeli parliament.

Although the final list of parties will only be revealed in February, Sputnik has lined up the most prominent ones that have already confirmed their participation in the upcoming race, putting an emphasis on their political agendas for the economy and the resolution of the Israeli-Palestinian conflict.

Yesh Atid is currently the largest opposition party and is expected to get more than ten seats. It boasts a detailed political platform that touches every aspect of Israeli society.

In terms of the economy, the party speaks in favour of redirecting big chunks of money from the rich to the middle class as well as the weaker layers of the population.

It promises to invest significant funds in science and technology and vows to exert more effort into cementing Israel's position as a start-up nation. The party argues it will inject impressive sums into education, infrastructure, and more integration of women, the Ultra-Orthodox, and minorities.

On the security front, Yesh Atid sees Iran and radical groups such as Daesh* as a threat to Israel and offers to eradicate that hazard by cooperating with moderate countries in the region, including those the Jewish state has recently inked agreements with.

Regarding the Palestinians, Yesh Atid believes the only way to resolve the conflict is via a two-state solution but it also supports the notion of keeping the current settlement blocks and sees the eastern and western parts of Jerusalem as the united capital of Israel.

Ha-Israelim (Hebrew for Israelis) is headed by the mayor of Tel Aviv. This party (projected to get 5 seats) doesn't appear to have a political platform yet (nor does it have a website) but a speech by Ron Huldai at the end of December set the party's tone and tells voters what to expect.

Speaking about the economy, Huldai promises to transform Israel into a more developed country, just as he did with Tel Aviv. The latter has been managed by him for more than two decades.

Like Yesh Atid, he vows to inject significant funds into education and cater to the needs of small and medium businesses that have been hurt during the coronavirus pandemic.

Huldai talks at length about the efforts he will exert to fight corruption in Israel and how he will protect the country's judiciary from unlawful attacks made by officials. But for many in Israel he still represents a force that supports capitalism (just like Prime Minister Benjamin Netanyahu), and a force that will cater to the needs of the rich and the powerful, not ordinary Israelis.

The Palestinians, on the other hand, are unlikely to see a change with Huldai around. Although his stance on the Israeli-Palestinian conflict is not yet clear, the fact that he ignores the nation's settlement activity and riots by radical settlers speaks volumes.

Labour, probably Israel's oldest and most experienced party and the one that established the state in 1948 will also take part in the elections. Over the years, the party has lost much of its power and is only currently projected to receive 4 or 5 seats.

What does it have to offer? In terms of the economy, it vows to move away from a capitalistic approach and invest more cash into boosting the weaker segments of society.

© AFP 2020 / Ahmad Gharabli
Israeli national flag flying next to an Israeli building site of new housing units in the Jewish settlement of Shilo in the occupied Palestinian West Bank.

It also speaks in favour of abolishing racism and inequality and claims it will promote laws that will put an end to favouritism, simultaneously promoting the notion of co-existence and full integration of all communities living in the country.

As for the Palestinians, the party claims it supports a two-state solution and says it would support negotiations with their leadership under the auspices of moderate Arab states and the international community.

At the same time, it supports the notion of the PA's total disarmament. Labour wants to keep the current settlement blocks in the West Bank (although any additional activity will be halted), and it vows to keep a united Jerusalem as the capital of Israel and rejects the idea of settling Palestinian refugees within the Jewish state, saying they will need to settle elsewhere.

Meretz, one of the smallest parties of the liberal left-wing bloc, appears to be consistent when it comes to the economy and resolution of the Israeli-Palestinian conflict.

"Recent Israeli governments have acted to boost the power of the rich, have widened poverty, and devastated Israel's middle class", says their political platform.

To fight what they call "injustice" Meretz is offering a series of reforms that would give power back to the middle class. The party speaks about bolstering minorities, women, weaker sections of the population, and investing efforts into narrowing the gap between all layers of society.

When it comes to the Palestinians, Meretz is vowing to stop pouring millions of dollars into Israel's settlement activity in the West Bank, it calls to sit down for talks with the PA leadership, and is willing to accept painful concessions including giving up on territories in exchange for peace. In addition, it supports the notion of dividing Jerusalem and establishing an independent Palestinian state based on the 1967 borders.

The Joint Arab List, it's not yet clear whether the list will live to see the race on 23 March or whether it will disintegrate into fragmented parts, but its current political power is significant, occupying 15 seats in the (now dissolved) Israeli parliament.

The List doesn't have a political platform, simply because it's comprised of four parties that differ from one another, but they do seem to agree on matters concerning the economy and resolution of the Israeli-Palestinian conflict.

When it comes to the economy, the List speaks about equal opportunities for Jews and Arabs. It promises to fight unemployment, raise the minimum wage, and secure everyone's right to high-quality medical services and education.

Regarding the resolution of the Israeli-Palestinian conflict, the list is vocal about the need to "end the illegal occupation of Palestinian lands", calls to dismantle settlement blocs in the West Bank, release all Palestinian prisoners, bring their refugees home, and establish an independent state with its capital in East Jerusalem.

With three months left until Israel goes to the polls, the country's vibrant political scene is likely to go through changes, meaning that more parties are expected to pop up. But the question is whether they will manage to form a joint front and gain enough power to topple the current conservative government.

* Terrorist group outlawed in Russia and many other countries.