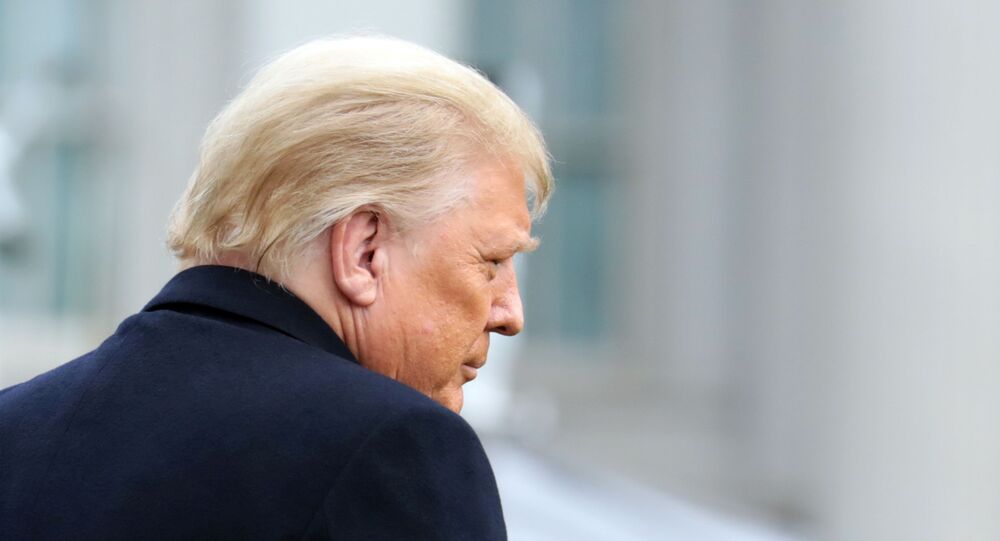 The global policing body previously rejected a similar warrant request earlier this year on the grounds that Interpol tries to stay away from cases of a "political, military, religious or racial character".

Iran has sent a new request to Interpol to issue an international warrant for US President Donald Trump over ordering a drone strike that killed Iranian General Qasem Soleimani on 3 January 2020. The request also contains warrants for 47 more US officials purportedly involved in the general's assassination last year.

"Iran is very seriously following up on pursuing and punishing those who ordered and executed this crime", Iranian judiciary spokesman Gholamhossein Esmaili said.

This is the second time Tehran has requested the arrest of Trump and other American officials over their involvement in "murder and terrorism". It made its first attempt on 29 June, issuing Interpol a "red notice" for Trump.

However, the global policing body rejected the warrant request on the grounds that it does not deal with matters related to politics, military, religion or racial issues. It is unclear if Interpol will change its stance in the light of the fact that Trump is leaving office in a little over two weeks.

Quds Force leader Qasem Soleimani was killed on 3 January 2020 in a US drone strike as he was leaving Baghdad International Airport in a car. The general arrived in the country on a secret diplomatic mission – to relay a message to Saudi Arabia offering to restore botched diplomatic ties.

The assassination was harshly condemned by Tehran and had placed both countries on the verge of military confrontation, as the Islamic Republic vowed to avenge Soleimani's death. Several weeks after the murder, Iran launched a barrage of rockets at two military camps in Iraq hosting American troops. While the attack did not result in any fatalities, it left several US servicemen mildly injured.

In the face of the upcoming first anniversary of Soleimani's killing, Tehran has renewed its vow of a proper response over the assassination, suggesting it might even take place on US territory. However, no violence emerged on 3 January 2021, although Iran has not abandoned its promises.