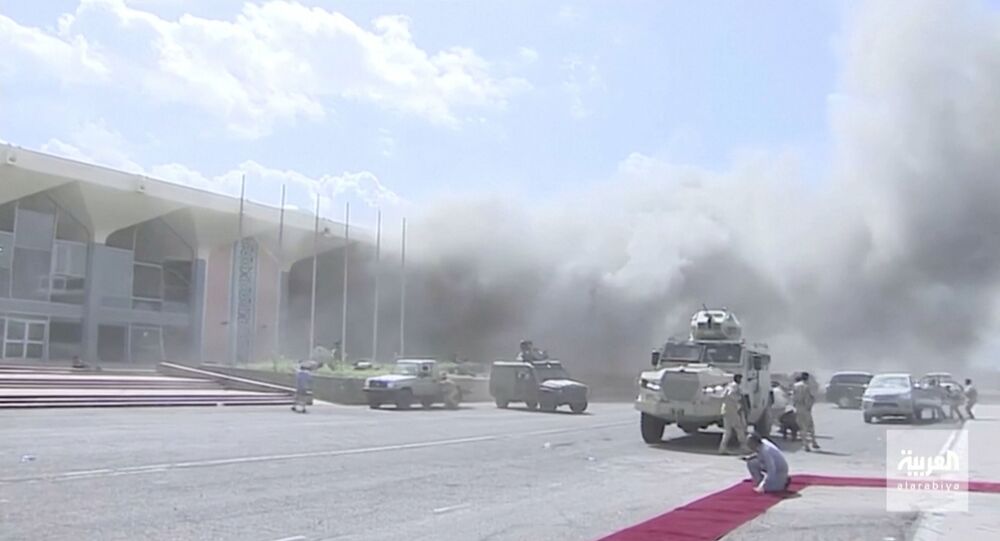 MOSCOW (Sputnik) - The international airport in Yemen’s Aden resumed operations on Sunday four days after a terrorist that killed 26 people and injured over 100.

The airport was inaugurated by Aden Governor Ahmed Lamlas alongside new Interior Minister Ibrahim Haidan and a number of officials, a series of posts on Lamlas' official Facebook page showed.

The inauguration ceremony featured the release of white doves, a moment of silence and reading of the Fatiha in honor of the deceased. The first flight was received from Sudan.

On Wednesday, rockets struck the airports building and part of the runway minutes after the members of the country's newly formed government landed. The cabinet of ministers, which was born out of an agreement between the internationally recognised authorities and wantaway southern factions, was arriving from Saudi Arabia where they were officially sworn in before President Abdrabbuh Mansur Hadi.

Yemen has been engulfed in an armed conflict between the government forces, led by President Hadi, and the Houthi rebels for several years.