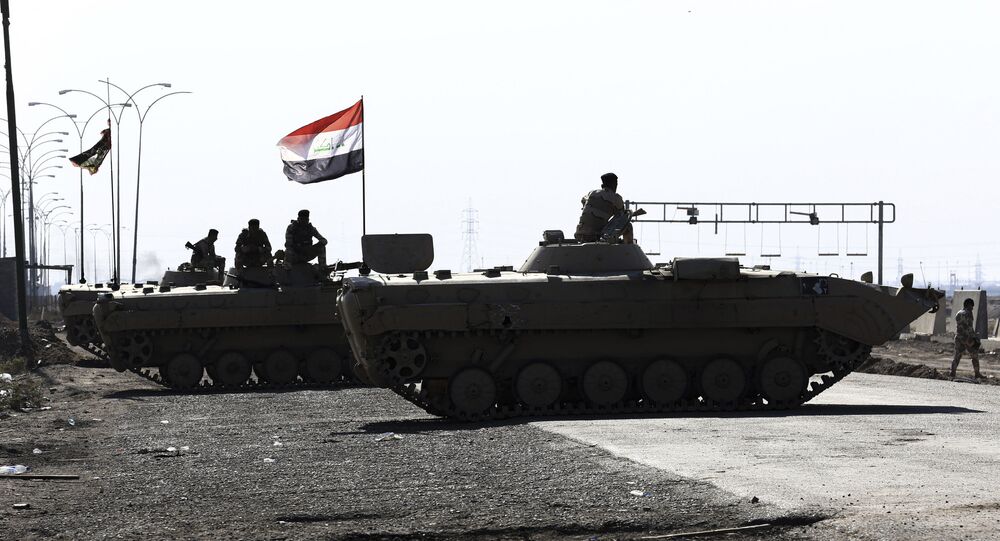 Oil Tanker Evacuated in Iraq After Mine Discovered

Earlier, on 31 December it was reported that a suspicious object had been found on board a storage oil tanker in waters near the Persian Gulf, not far from Iraq.

Iraqi authorities carried out the evacuation of an oil tanker after the discovery of a mine on its hull.

According to reports, the device was discovered on Thursday.

Iraqi sappers are conducting an operation on demining an oil tanker in Iraq's international waters, the press office of the country’s security agencies said on Friday.

"A brigade of sappers of the Interior Ministry was formed; they were airlifted to the port of Al-Faw and sent to the ship in coordination with the Iraqi navy ... Despite the strong waves, the brigade was able to evacuate the second vessel … and continues the demining operation," the press office said.

It is noted that the tanker was leased by a client of the state-owned Iraqi company State Oil Marketer SOMO. It was not specified how the explosive device got on board.

The vessel was located in international waters about 52 km offshore and refueling another ship when the explosive device was found on Thursday afternoon, according to reports.

The incident occurred amid heightened tensions in the Middle East with the United States accusing Iran of plotting an attack on US targets in Iraq and Tehran saying Washington is fabricating a pretext for a regional war.

Iran has been repeatedly accused in the past of attacking vessels in the Persian Gulf, but it denied responsibility.