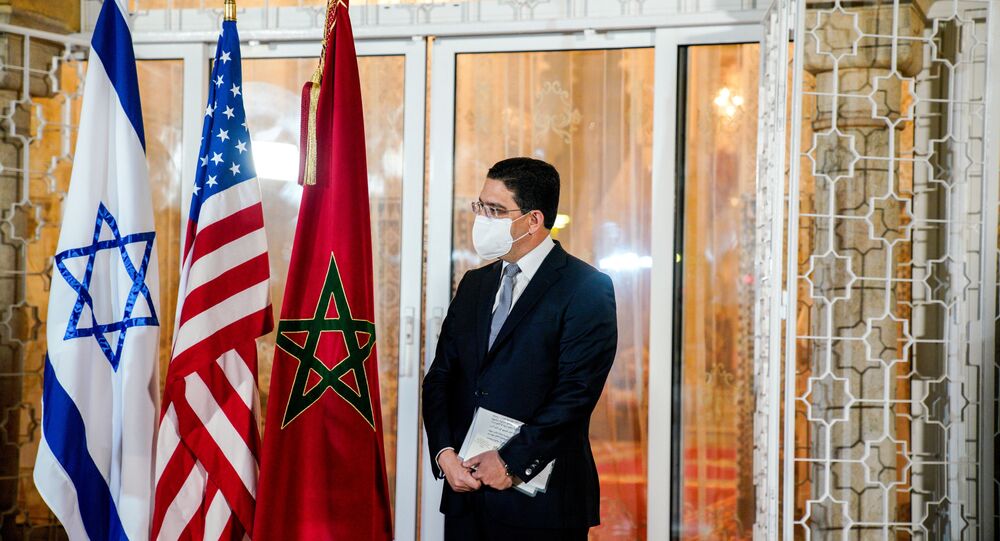 RABAT (Sputnik) – A delegation of the Moroccan foreign ministry will pay an official visit to Israel later on Monday to discuss the opening of representative offices and the establishment of direct air service as part of the agreement to normalize ties between the two countries, a Moroccan diplomatic source told Sputnik.

"The delegation will include a number of advisers, who are in charge of the opening of representative offices and launching direct flights between the two countries", the source said.

The visit of the Moroccan delegation to Israel is the first one since the signing of the peace agreement.

Morocco has become the fourth country since August to normalise ties with the Jewish state after the United Arab Emirates, Bahrain and Sudan signed US-brokered pacts with Israel. US President Donald Trump has said that a number of other Arab countries are also ready to restore relations with Israel.