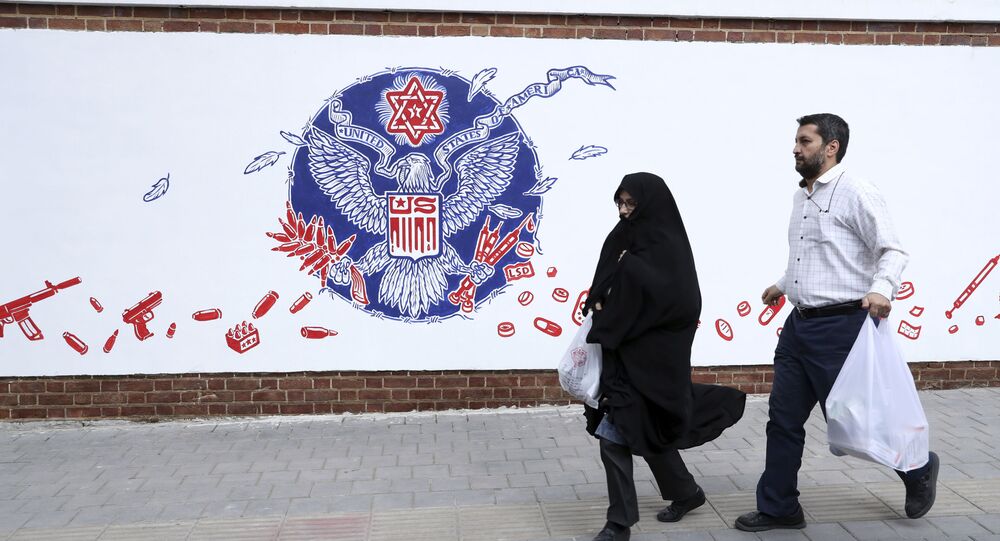 TEHRAN, (Sputnik) - Tehran hopes that Washington will de-escalate tensions in light of the upcoming change of the administration in the White House but is ready for "any scenario," Iranian Foreign Ministry Spokesman Saeed Khatibzadeh said on Monday.

"We are ready for any scenario, we assess all scenarios, we have an appropriate answer for each of them. I hope that in these last days before [US President Donald Trump] leaves the White House, they will stop escalating tensions," Khatibzadeh said during a briefing.

When asked about media reports on an Israeli submarine arriving in the Persian Gulf, where US warships are deployed to participate in naval drills with regional and coalition partners, Khatibzadeh blamed Washington for increasing tensions.

"We do not seek tensions, but responsibility for any consequences of risky actions that lead to an escalation of tensions is on the US. You certainly know that Iran will not joke with anyone when it comes to our national interests and security," the spokesman said.

The Kuwaiti Al-Qabas newspaper, citing sources from Iran, has reported that Tehran is boosting its air defense capabilities near nuclear facilities as a precaution against possible US military strikes before the end of Trump’s term.

During the Monday briefing, Khatibzadeh also denied Iran’s involvements in attacks targeting the US diplomatic mission in the Iraqi capital of Baghdad earlier in December, called the killing of top Iranian general Qasem Soleimani at the beginning of the year US’ "strategic mistake" and blamed Europe for a failure to implement the Iran nuclear deal after Washington’s withdrawal.