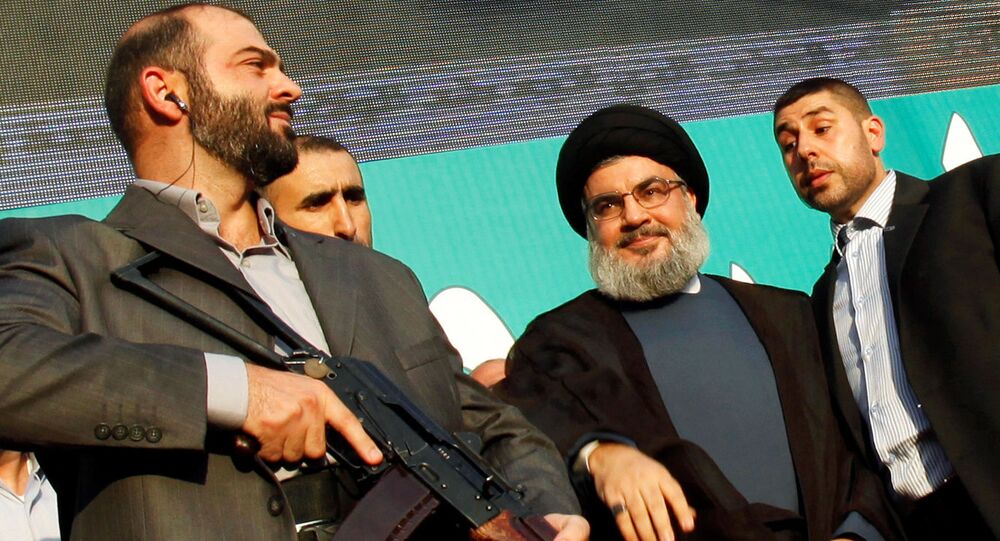 The group's leader, Nasrallah, claimed Hezbollah forces are planning to perform retaliatory strikes against Israel, whom they hold accountable for the series of airstrikes in Syria, and also as revenge for the assassination of IRGC commander Qassem Soleimani.

Hezbollah has doubled the total number of its precision missiles over the past year, according to the organization's leader Hassan Nasrallah, claiming that the group is able to perform a high-precision rocket attack on any target outside Palestine.

"The number of precision missiles at the resistance’s disposal has now doubled what it was a year ago," Nasrallah said. "Any target across the area of ​​occupied Palestine that we want to hit accurately, we are able to hit accurately", Nasrallah said in a televised interview with the Lebanese Al-Mayadeen channel on Sunday.

© Photo : Khamenei.ir
Iran’s Soleimani Was Killed for Challenging America’s ‘Hegemonic Schemes,’ Hezbollah Says
Nasrallah said Hezbollah considers other strikes as an act of vengeance for the January drone strike assassination of Iranian top military commander Qassem Soleimani, whose picture he placed on a desk nearby during the interview. The latter was killed in a drone attack carried out by the US forces on January 3, 2020.

Moreover, the Hezbollah leader claimed that Saudi Arabia has been raising the question of his liquidation for "a long time" and that the kingdom allegedly involved the US and Israel in the assassination plot.

“Our data indicates that Saudi Crown Prince Mohammed bin Salman raised the issue of my assassination during his visit to Washington,” he said, adding that the US leadership "agreed to a Saudi request to assassinate me, that Israel would implement it."

Hezbollah leader stressed that they have "adequate" weapons against the drones allegedly used by Israel and that the group has already fired at them on several occasions, claiming that in early December, Hezbollah's own drone managed to enter Israeli airspace undetected by the country's Defense Forces and captured footage of alleged military bases in the Upper Galilee on its camera.

According to media reports, Nasrallah is allegedly hiding in an unknown place amid fears that he may be next on an alleged US-Israeli hit list.

Media and experts suggest that the upcoming one-year anniversary of the US attack that killed Soleimani could be marked by another series of missiles strike in the region.